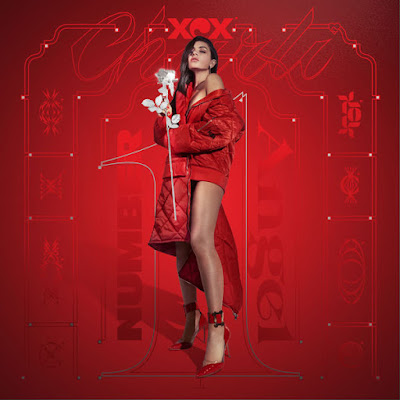 So this British chick is hot as hell, and makes music that is better than just decent. Her last ep was really fucking good.This album is a mix-tape, which means nothing, other than it's a collaboration, so I am not sure what separates that from this being one of her albums, so for all partial purposes at this blog this goes down as being an album.The first song features Starrah and RAVE. It's a shade darker in terms of the beat than most of her other work. There is a slightly off of center from mainstream pop feel to "3am" . This has MO on it. As far as pop goes its smarter than what we found on Katy Perry's last album, though more up-beat and radio minded than the first song. "Blame It On" has almost a dub beat to it and her vocals have a similar off beat accent. The very rhythmic accents than give it a more hip-hop feel are pretty cool. I am not so sure about the 90s techno feel of some of the backing tracks that feel like watered down house. When the square synth line bounces in it does give the song more heft.

"Roll With Me"  has us back on the more house like beats, it's very Euro sounding. Lyrically it's beginning to get a little redundant. It is an interesting cultural side note than pop songs are going from love songs to be obsessive day dreams about what amounts to little more than a superficial crush, since thanks to Tinder culture that about the depth most pop listeners have. This is neither negative or positive to me as the traditional relationship model is outdated and needed to die. "Emotional" feels like there is less of an emotional connection and more business as usual until we get to the chorus and then it's merits are the interaction of the vocals against the beat. The almost new wave sheen of "ILY2" works much better than what was going on with the previous song. There is actually guitar on it. While that is not something I expect from pop music when it occurs it is appreciated.

"White Roses" has a more somber pulse, though she sings it more like a ballad. She has more of the auto-tuned styled effects on this album. It's more minimal in the arrangement not unlike the new Taylor Swift in this regard. Uffie joins in on "Baby Girl. The beat sounds like it's 80s New Edition. The lyrics are stale bubble gum, with the underlying sexuality the only thing that makes it worthwhile. I can see where this might bring comparisons to Madonna's "Lucky Star". With a song called "Drugs" I can only hope for something more interesting than the previous song. The vocals are hooky yet understated. The backing track to "Cupcake" sounds like it should be on an anime soundtrack. With rapper CupcaKKe busting out a verse that sounds like it's from a 90s No Limit album, in other words Mia X. I'll round this up to an 8.5 , it might grow on me. Far from reinventing the pop wheel, but good for what it is.