Catching up with 2017- Sunlights Bane : "the Blackest Volume" 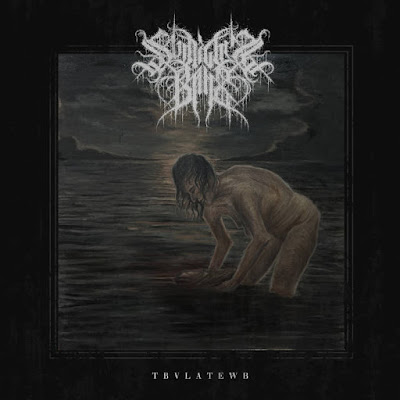 Dark dense and blown out metallic hard core. Their name made them sound like they are depressive black metal, but if it comes to metal they have more in common with grind core and death metal. I just reviewed the God Mother album, and these guys are much more pissed. The second song works better even with its incoherently screamed vocals as it has more of a groove. They get into that more punk beat I dislike going into "From Heaven Wept". Some times it takes the double bass to tell these songs apart. They once again prove what I repeatedly say that slower is more powerful than blazing fast any day of the week. They use the guitar to create some of the album's moodier moments. When the slow down their sound feels more like sludge. But I am not sure slowing down is even enough for something so straight forward as the drone on " Dance of Thorns" .

They have a more empowered chug on "the Blessed Ivory Tongue". Sure the death metal part of this so is heavy as fuck. I guess it depends on if heavy as fuck is all your need from your music or not. Here the sheer weight that they hit you with is almost enough to make you submit. "No Taste More Bitter" brings back a more in your face hard core that wrestles with it's desire to be metal. This song goes to a darker place than most of the album, which is already darker than our average cross-breed of hard-core and metal. It's songs like "With Fear, This Love is Given" where they get to a place of sonic heaviness. The more black metal higher scream on this one is also a needed change for the vocals.

From the beginning of "Came No Dawn" I know it is going to be the type of heaviness I do not like with a punk beat and vocals that just sound like a dog is barking at you. At a minute and a half fortunately the bottom drops out and it goes into a more melodic section. They follow a similar formula here as the previous song when it comes to building it back up. The album closes with "To Whom I Await". Similar to "Dance of Thorns" on the way it opens with just guitar and vocals. When the band rallies behind it there is more of a black metal feel in the drone it creates. It is smart for that guitar melody to come in when it slows down, even if they blast back into everything. Midway into the song it stomps back into hardcore, before tremolo picked guitar clashes against it. Ill round this one up to an 8, because it is more dynamic than I thought it would going into this. That is not to say some fat could not be trimmed in places and they might not be better off cutting back on some of the more punk beats, but this has a lot of feeling in it's poisoned heart.