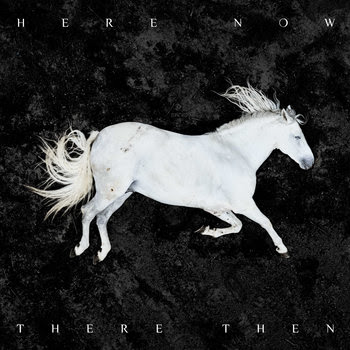 This came out way back in February. It features the former drummer and bassist from the Devils Blood, so why no buzz? Not really trying to replicate the sound of the Devils Blood. The ten minute opener is certainly less retro. It also feels a little darker and their singer has more of a modern rock radio friendly voice. The guitars don't sound like they are running through Orange Amps and have a more effected tone. The first seven minutes go by pretty fast. So the longer song length is not a deal breaker as I am not staring at the clock.

There is more of the Blue Oyster Cult thing resurrected in the opening chords of "Golden Serpents" but it's smoothed out until the more proto-doom like chorus. This song doesn't feel as impassioned as the opener, but better than your average filler."Words On Paper" they return to something that has their own unique shade of darkness to it. "In Her Darkest Hour" is a tighter , tenser and catchier . song.  Though more up-beat and closer to radio rock "Oweynagat" is also smartly written and numbered among this albums best songs as the bass does most of the work. Has a retro 80' pop feel with very modern in how the vocals are layer. The twin guitar melodies to add more of a metal twist, so this song has almost too much going on to define.

"the Alpha" finds the album beginning to smoothly cruise into a formula of smooth hooky atmospheric rock that is only broken up by the ambiance of "the Death of Love" that applies more progressive touches and works of more of an expand and retract formula. When the guitar solo offering a more rock dynamic to creep in. They are well out side of the bounds of any retro leanings here and defining their own identity here. "She-goat" returns to the smoother formula of "the Alpha" though the drums are more deliberate and it has a little more punch. I would not call this album metal, though it has doom influence to it. Solid album that carries the torch of the Devil's Blood in a much different way than expected, I'll give it a 9.

Email ThisBlogThis!Share to TwitterShare to FacebookShare to Pinterest
Labels: "Here Now, Catching Up With 2017, dark rock, Dool, psychedelic doom, the netherlands, There Then"