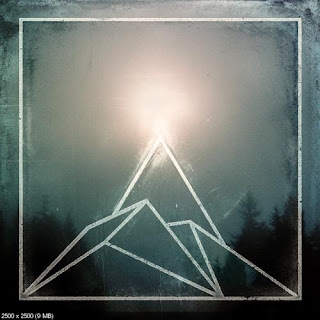 "Lies For the Liars" was the last album I bought by these guys. I did catch them live last year and they played the entire first album. Bert and the bass player are the only two original members. It opens on more of the emo side with an acoustic ballad that is not as good as their more ballad like moments from the first album. There is a more of a funky groove to "Cold War Telescreen" than what I am used to hearing from these guys. The hook in the chorus works and makes this song pretty listenable. There is a more 80's rock n roll feel to the palm muted chug of "Broken Windows". If Bert's quirky voice wasn't on this it could be a Bon Jovi b-side when it comes to the arena-rock chorus. However much like Bon Jovi it is pretty damn catchy.

What I used to like about the Used that I felt made them stand out from the other Myspace metal bands their ability to sound unhinged then rein it end for a catchy melody. The key to this unhinged sound was that it sounded like it came from a very honest place. They come close to remembering this place on "Rise Up Lights" but something about sounds like a version more refined with radio aspirations. There is a more mainstream alt rock feel to the more Muse like groove of "Vertigo Cave". The song is decent , but certainly falls short of standing next to the band's best songs. There is more urgency to "Pretty Picture". It tends to fall along the lines of every other modern rock radio band with it's soft to loud shift in dynamics, but it works for what it is. This is when I realize there are 17 fucking songs on this album and I bet if they really focused on ten this could have been killer instead of settling for what everyone else is doing.

The bass lays down a more David Bowie like groove on "Funeral Post", but is that what Bert is best working with ? The more Faith No More like moments on this album are questionable and certainly steps away from what is in the best interest of what this band is really about. Where this song builds up and goes off into is pretty cool, though questionable in regards to the sound of who the Used is. They heavily effected jangle seems to be one of the devices this album defaults to. The chorus to "Upper Falls" works well , but I am unsure about the rest of the song. There is too much twang in the guitar that sounds like it belongs on a Dave Matthews album. The bass player has certainly been listening to more David Bowie, which you can't fault him for however Bert is far from  Bowie and his vocals might be better suited following other melodies.

There is a more grit in the riff to "Selfies From Aleppo". The chorus to this one doesn't work as well as some of the other choruses on this album that were supported by much less cooler riffs than the one on this song. There is a party soundtrack vibe to "Moving the Mountain". The chorus helps smooth this one out and make it tolerable. The chemistry on "Over and Over Again " is not as fortunate and comes across as being too happy for my tastes. Then there is the bass solo..take one , which is cool, but doesn't make or break a song. "the Quiet War" would make a pretty great Coheed & Cambria song, but not really what I want from the Used, though it doesn't suck. Though the rap at the certainly does. Is "Moon Dream" supposed to be their "Eleanor Rigby" ?  Why else would they have a string section in one of their songs ? Bert's voice sounds good, though like Claudio from Coheed.

They bring back the crunch of guitar on "the Nexus". But that is all in vain by the end as the song gets too happy. It makes me wonder if this is all due to Bert's sobriety. Not every one can make the change with their creative juice intact, just ask Dave Mustaine. There is a little more inspiration in "About You...". "The Mouth of the Canyon" covers a lot of ground and is a sprawling piece of music that touches on more rock n roll moments than I am used to hearing them tackle but it some how works. I'll give this a 7.5, it is not bad , but it doesn't really capture what I want from them. If you have stuck with them past the first three albums then perhaps this is less of a shock to you and might work more for you than it does me.