The Strange Case of Jesse Lacey 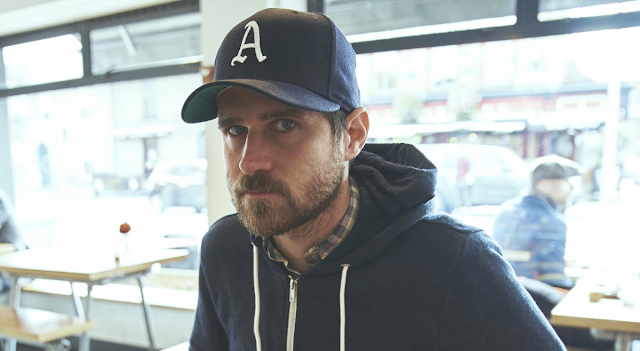 The once endeared lead singer Jesse Lacey of Brand New has found himself caught up in the latest witch hunt  stemmed from the Harvey Weinstein scandal. In indie music he was iconic for millennials who grew up with him in the days of Myspace. The purpose of my thoughts here are not to convince you if his actions are right or wrong. I can’t do this as I do not believe in things like right or wrong , or good and evil. What I am going to do is show that this situation more sides and dimensions to it.So far everything that I have seen online in regards to this strange case of Jesse Lacey intends to place judgement on him since people just love be outraged these days at the risk of not being armed with all the facts .


Why is Jesse Lacey being lumped in with the Harvey Weinsteins of the world when there are greatly differing variables. Before we get into these variable know that I can consider these varied layered from one of my many perspectives. Things do not have to be black and white, not only do they not have to be this way, they in fact rarely are. I could choose to jump on the bandwagon with the rest of music journalist, but I see things from other sets of eyes. As someone who survived childhood abuse, as the father of a 7 year old girl who will grow up to be a teenager, and as  someone with mental illness. All things that factor in this strange case of Jesse Lacey. So the varied dimension will be weighed against these perspectives.


Looking at this situation as a survivor not a victim I process things from present not the past . Survivors make it to the other side of a incident and keep moving forward, victims stay stuck in the past . They do this for various reasons, for me it was excuse to self medicate with drugs and alcohol. If you have listened to Lacey’s lyrics then it’s not mystery he has been outspoken about mental illness. Mental illness can be too broad of a term, so let’s assume his diagnosis is bi-polar disorder. Hyper Sexuality is a symptom of this illness. This creates a cycle of going into a manic episode and acting out of one’s symptom in order to self -medicate. In America not only is mental health stigmatized , but Americans are also sexually repressed compounding the problem. Whatever you resist persists. So the hyper sexuality of bi-polar can turn into a full blown sexual addiction.


This brings up another question to the next layer in the strange case of Jesse Lacey. Since bi-polar is often co-morbid with addiction, then why is it that it’s fine for music journalists to cover drug addicts and alcoholics without persecuting them? Are all addicts not equal? Is someone with a gambling addiction better than a heroin addict? Unlike most of the repchild the role I played as an adult was choosing to drag that around with me. Are you going to carry your torch for whatever cause is popular at the moment or do you truly want equal treatment of all. Are you going to pick and choose what minorities deserve to not be persecuted. Doing so could cause the problem presented here where black and white thinking paints you into a corner , because it’s not convenient to consider more than one side . The mentally ill have been one of the more silent minorities. This has caused things like budget cuts in mental health services. Yet mass shooting happen and we want to talk about guns, not the people who used them. People should be held accountable for their actions , even the mentally ill, though a court of law takes things like mental illness into consideration when the accused are on trial.


In looking at this as a parent I try to teach my daughter the hard truths of life. Rock stars should be lost in the throes of excess, the best music has been made this way, if you don’t believe this then like Bill Hicks says go home and throw away your records collection if it’s worth a shit because the greatest music was made by people real high on drugs. Sex can be a drug. So my daughter knows that since she shares my genes doing drugs might not be the most effective way to a sane life free of addiction.I will also teach her  If you don’t want to get caught in the whirlwind of other people’s addiction create healthy boundaries, do expect people to create those boundaries for you. If this had been Tommy Lee or Gene Simmons, then it would be expected of them to have a trail of lewd and animalistic sex acts behind them I would be disappointed if they didn’t since these are the Old Gods of when rock was dangerous. I love their music , but as a parent know better than to allow my daughter to talk to Tommy Lee online until she is 18, then she has all the free-will of an adult.


What about Jesse Lacey’s free will? I wasn’t there I don’t know. According to the 12 step programs the courts send addicts to he might be powerless over his addiction if he is not making a choice to do something about it. He seems to be doing something about it. Perhaps he will make direct amends unless doing so would injure him or others. Only he can answer that. We can only put together what we know from what we have read on-line. But stories always have more than one perspective from which they can be told. When you are too busy being outraged your vision gets narrow and you become as intolerant as the intolerance you say you won’t tolerate.
Posted by Wilcifer at 8:22 PM