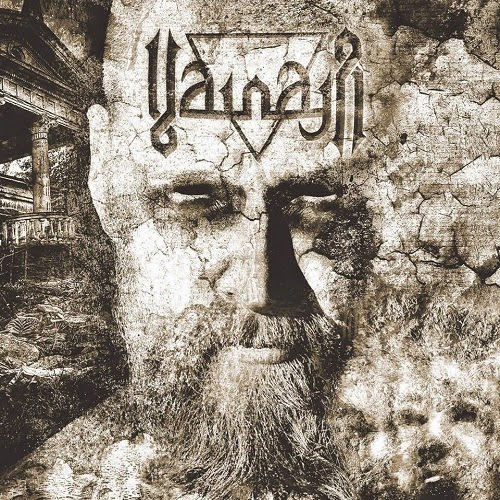 This album had a lot to live up to as I kept hearing it was the heaviest thing ever. It does have some heft to it's deathly doom, there have been some rather lofty claims made. One good ting about this Finnish band is they tend to remind me of Celtic Frost. They bring plenty of melody along with the rumble of the low tuned guitar lines.Like most albums of this ilk the heaviness , leaves you too impressed to argue with the opener.

This is pretty dark, so that gets another approving smile in my book.The stomp of the second second , says they have no intention on letting up from here, however one thing that leans in their favor is most death metal relies solely on aggression these guys have a broader emotional breadth their sound encompasses. It must come from their more doomy influences as their is more melancholy and despair rather than trying to shove double bass drums down your throat. There riffs just happen to have a lot of balls to them. For a three piece they manage to capture a pretty massive sound.

A song like "Valon lapse" ( featured below) shows that these guys don't need a sprawling five minutes to collect their thoughts before they bring the good as they are rather to the point but still managed to neatly arrange a lot into those three minutes dynamically. They do build into more of a death metal tempo, but manage to avoid that straight snare beat that reminds me too much of punk rock.

"Henkikaste" does linger on atmospherics and is more of an interlude than a song, so I suppose they could have made it the intro to the following song and thus broken the getting down to business rule ,but its not how the album feels., nor did I kept these interludes on my iPod so my impression listening to it in my chosen manner of consumptions, is that that guys throw the riffs in your face almost all the time with now pause "Verinen lahde" gives the impression it will be the most straightforward on the album and then it backs off into an almost black metal end section.The have a heavy hand for chugging that carries some of these riffs further than the composition

The drummer doesn't make much of an impression on me until the tom rolling tribal feel of the fifth song. Sonically these guys do occupy a similar cemetery plot as Disma does, though they lean more toward the doom side of the grave.The production is not as nasty as the Disma album.The guitars can get down and grind as needed , but are also more capable of atmosphere and melody. Though the singer's roars is not as demonic as Disma's.

The not wasting anytime to rock you streak is broken on "Viimeinen tuomio" as they lead in with two minutes of creaks on moans before the bass comes in. The guitar tone that surfaces in this intro is pretty cool and keeps this song on my iPod, and it's not to say that the pay off doesn't rock, it does just meanders to get there a little more than what they had lead me to believe they were about. The outro to the album sounds like something Agalloch would do so not sure how it held the heaviest album of the year banner up for these guys, but this album is good and I enjoy it so I'll give them a 9 as it is more than just  pretty solid shit.