Report to the Dance Floor :Julian Rhine's " No God Flow" 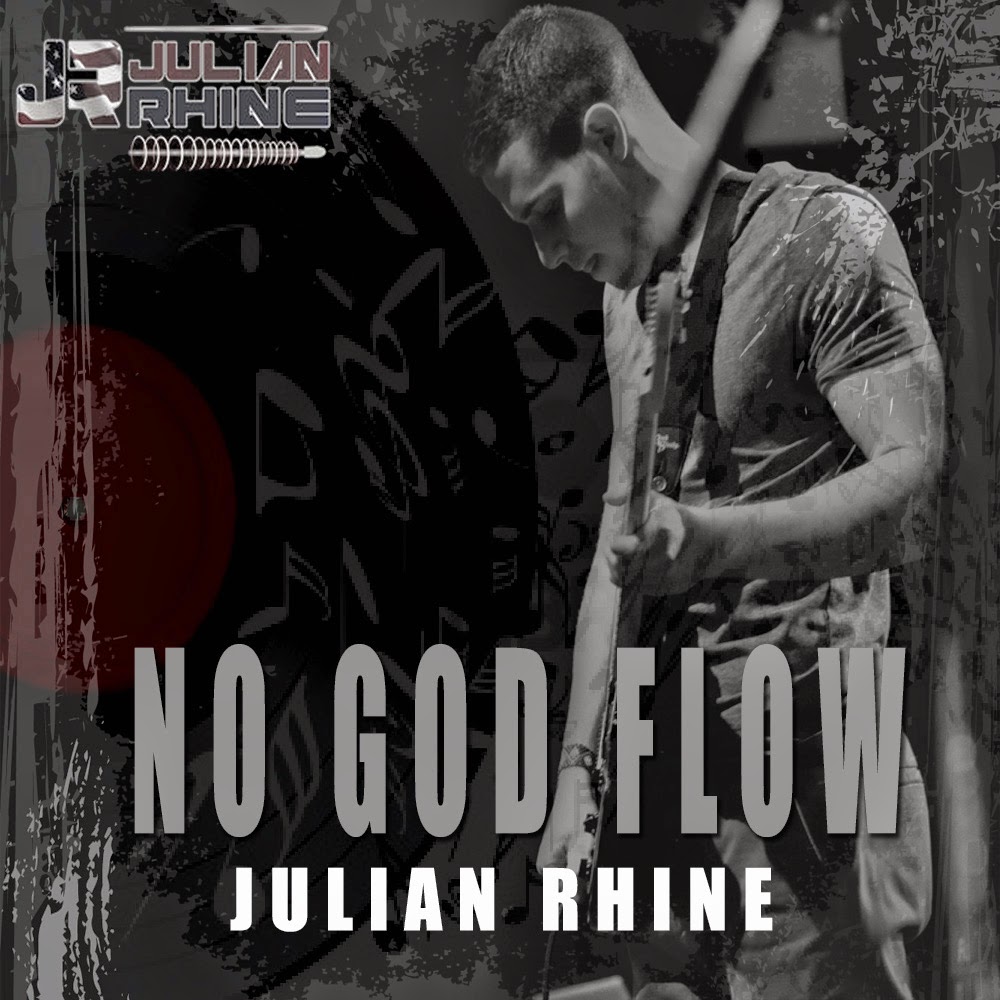 When you take a listen to the new single "No God Flow" it will be clear that is different abut this song, despite all of the elements  from different decades coming together here before being spit out by Julian Rhine, who excels at blending the more classic era of 90's hip hop with current sounds. The female vocals in the song's hook avoids clichés and further emphasize how Rhine stands apart from the pack.

This Brooklyn born artist who relocated to the East Village , has enough radio sensibility , that the less musically savvy fans of mainstream  pop will still find  some familiar sounds like the auto tuned electronic melodies to latch onto . These are just used for effect and musicianship is not being compensated for here.He is aided by Jae Mi who contributes her vocals to this song, has some pipes on her without over singing in a diva like manner. She serves the song and doesn't have your stereotypical pop r&b voice.

Rather than having bitches and bling as his rap platform, he instead is about his gang ward with God, taking a stance to fly the colors of atheism . He is quoted as saying.

"We are taking such great strides to finally exist in a United States that practices what it preaches: life, liberty, and the pursuit of happiness. Still, persecution for "alternative" religious beliefs - including atheism, secularism and all forms of spirituality - is rampant and we cannot allow this. We need this freedom. We will take this freedom."

Rhine puts his lyrics where his mouth is and backs up his beliefs on the mic with  lyrics straying from your typical urban tales. Considering how most rapper's  grand parents grew up going to church , it's no surprise  none have really dared be a bold as to state  "Rappers ain't hard if they fear god" . Making this song the hip hop version of the Bill Maher film "Religious".


His ability to demonstrate song writing chops has been displayed on the harder flow of "New York City" which also carries the same pop smarts of "No God Flow" but with out coming across as being soft or selling out. The synth sound shifts into a darker groove over the otherwise old school b-boy beat.Saying Julian Rhine is a rapper is oversimplifying it. I can see what he does going over the head of your average hip-hop fan and appealing more to fans of bands like the Gorillaz as some of his material such as the song "Stunning" is more alternative than not, despite the vocal approach, which is rapping but not unlike what 311 does.

"No God Flow" is a bold new move to reignite thinking in hip-hop and is something I can get behind. This says lot considering how little of the art form has moved me in recent years. His new single is a must to check out if you have any interest in the genre.