Up From the Underground : Keith Alan Mitchell's "This Clumsy World". 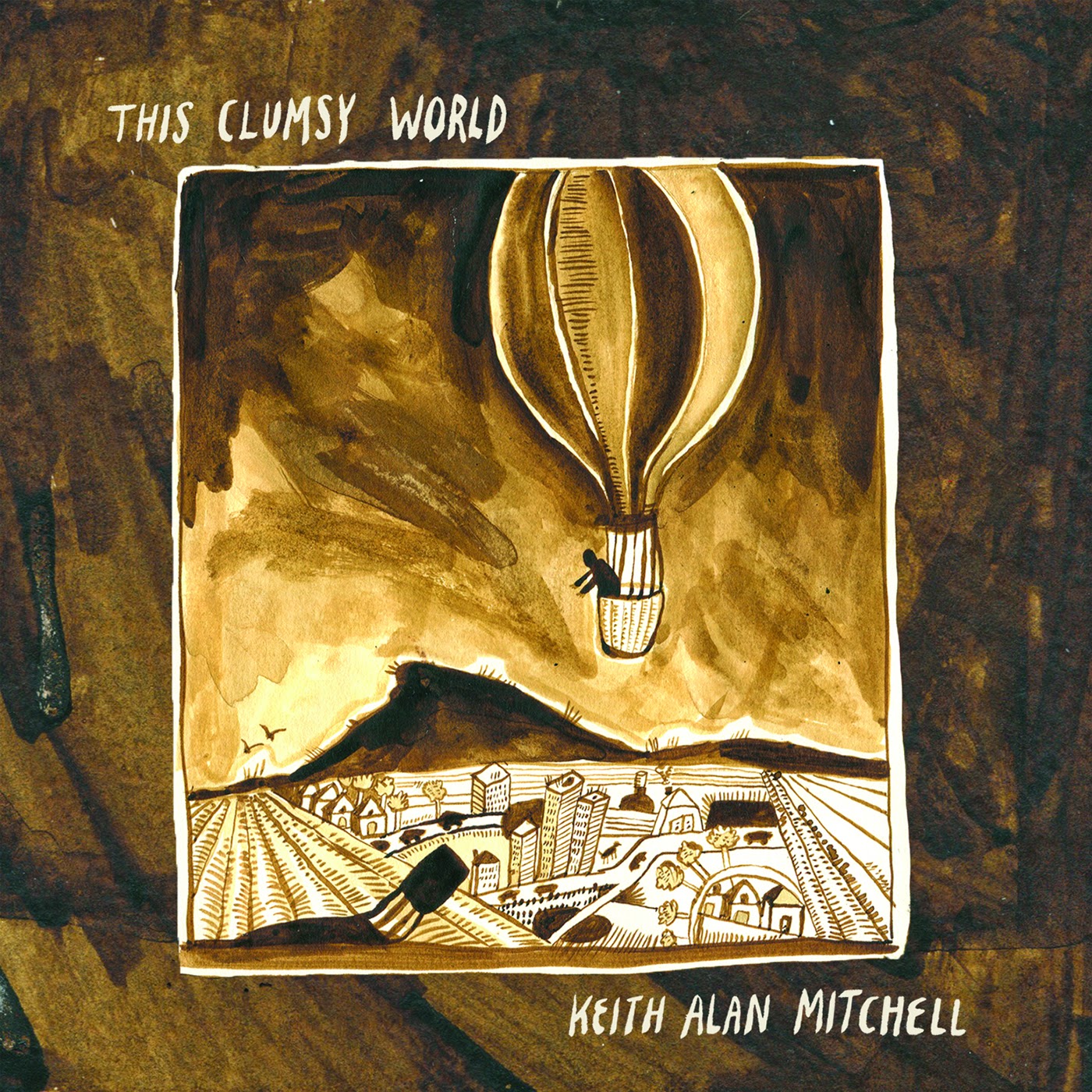 San Francisco's Keith Alan Mitchell has just released"This Clumsy World". While The album was mastered  by Brian Lucey of the Black Keys and Shins fame Mitchell's endeavor is not really in the vein of either artist.There is a warm almost Americana sound to what his does, that comes as a surprise if you consider San Francisco's hippie past.

The boozey haze of the aptly titled "Swaying" reminds me slightly of across between Elliot Smith and James Taylor. Lyrically Mitchell is no where near as a despondent as Smith. It's almost like comparing a normal guy who can enjoy a few drinks to an alcoholic. In fact to Keith's own admission the songs are much more hopeful as he has said "All the songs have to do with breaking free in some way; escaping, moving on, even disappearing. That can be a good thing, like breaking out of old patterns or old disagreements, but it can also mean people moving away from each other, being adrift and not grounded." 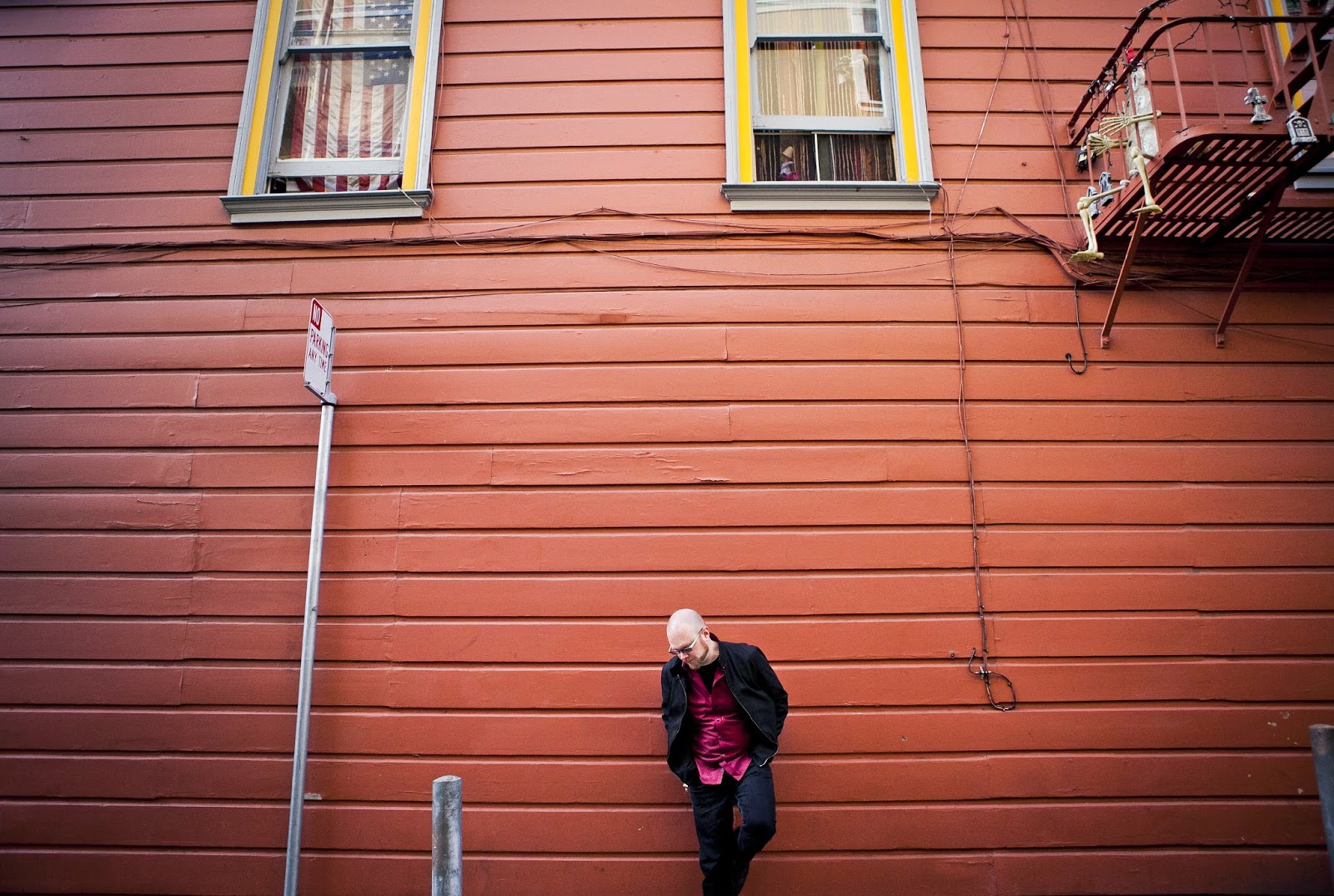 I can hear the breaking free as there is a similar cheer to when my dog finds she is allowed to break into a sprint in the yard. His voice stay's rather neutral emotionally. He knows how to use the old chords, flipping into his head register, for yodel like skip on "You Just Disappear". Like Ryan Adams is brand of folk rides the line between  country and blues. He employs a similar sense of melody as Adams. With mandolins and organs adding ambiance to otherwise straightforward arrangements.

Some of his strongest moments come in the manner he layers harmonies. Not sure how this transitions over in a live setting as it sounds Mitchell is more at home with just his guitar, the backing band on his album does an admirable job of supporting the songs.But stripped down they still hold their own. The opening strum of "What it Means to Soar" brought to mind Guns N Roses', "One in a Million".

While I know there is a huge market for this indie folk thing brought on ruefully by Mumford and Sons, what Mitchell does can't fit neatly onto that bandwagon. The slacker apathy that colors indie rock is not an element here, as he cares and celebrates his music. Sometimes he even gets more upbeat than what is in my normal sphere of interest as "Tavern Angeline"  has a Jimmy Buffet cadence to it. Not a beach friendly or as heavy handed in that direction as the Zac Brown band.

"The Feud" which was written in response to a band break up, is more deliberate in its strum than the other songs, but doesn't carry the same spark of resent you might expect from it. The bass groove in this song makes it stand out more to me, it falls into a similar sonic territory as the Damnwells, but without the rasp of anger entering into Mitchell's voice, who stays level headed in his delivery

The songs are smooth, but not in the thin way Jack Johnson is smooth. Mitchell is writing afternoon drinking songs rather than songs to take a nap to at the beach. Mitchell is generally a consistent song writer "Every Every" didn't come across as being as strong as the rest album, but still carries a strong sense of hooks in it's construction. I think a songs like "the Low Way" and "Diamond Blues" could cross over into country which more inflection in a phrase or two and a little tweaking in production. It almost feels like Mitchell would be more at home in Nashville, than San Francisco, but then again Nashville is almost mafia like in it's inner circle and Mitchell's work stands out more in San Francisco.

"In Our Eyes' closes the manner that doesn't dispel the Nashville bound leanings, despite the chance in vocal approach Mitchell takes on here, with a softer tenor. If you like country tinged Americana along the lines of Wilco , the Damnwell and Ryan Adams, have faith as it is not a lost art to linger from the 90's Mitchell does it pretty well and it's worth a listen.
Posted by Wilcifer at 9:00 AM

Email ThisBlogThis!Share to TwitterShare to FacebookShare to Pinterest
Labels: "This Clumsy World", alt country, folk blues, Keith Allan Mitchell, Up From the Underground