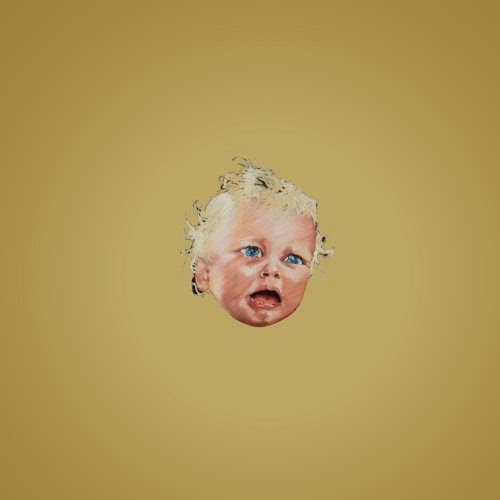 Many of these songs may sound familiar if you caught Gira and company touring in support of "the Seer" as they were all developed live.The prowess of their new-ish bass player is highlighted in the riff that opens the first disc of this double album...or first folder depending on how you consume music these days.The groove drones like they do, Gira's vocals come across more like a Iggy Pop reading a poem. . It build into the chanted frenzy you know they are going to deliver, like in their most classic moments.

They had really gotten back on track with the Seer, not that the previous album which heralded their return was shabby at all , but this is less seamless when played back to back with Great Annihilator . Where most bands don't know how to use drone and noise elements with out just becoming nonsense , Swans artfully craft their songs around it. "Just a Little Boy" winds into itself and at twelve minutes it can afford to take it's time. The song starts with a dark slink that sounds like something from a David Lynch soundtrack before Gira's vocals slide into the grooves. His vocals raise into a preacher like rant as the song begins to build it's way into madness. I like the way his vocals transition out from under themselves, in some clever layering.

"A Little God In My Hand" has a clanging bounce in it's step. It almost reminds me of the Violent Femmes if they had been industrial, as the beat has a machine like precision to it. At 7 minutes it comes across as a pop song in comparison to the 34 minute "Bring the Sun" that bangs into a jarring drone like the band's golden years.

While the 34 minute monster is a hypnotic wonderment, you have to wonder how practical is a 34 minute song in todays iPod culture. In the first seven minutes there is a lot of chanting from Gira while they work themselves up out of the the trance state. They staff on the same "riff" and slowly build it up so by the 14 minute mark the cymbal crashes are ringing in your ears.By the 21 minute mark they have of course imploded into noisy twinkles, horse naying, and feedback  because there was no where else to go with the drone. In the songs final ten minutes there is a "No Quarter" like organ line that floats under Gira's shouts and ends up in a "Set the Controls For the Heart of the Sun" like place. The first disc comes to a close with "Some Things We Do" is more of a breather after the 34 minute hypnosis, has now worn you out. It still has a drone to it , but the chant is more subdued and the mantra is less militant in its intent.

The second disco starts off with a reminder of just how influenced by Swans Tool is. This is getting closer to metal territory and I am doubtful when Tool finally does put out an album they will be able to muster up anything this creative. The off time is layered with chanting in this 17 minute sprawl of psychedelics. It does one of their implosions into noise midway and comes out on the other side a more punishing creature.The tension is tightly coiled at the 7 minute mark in a manner Trent Reznor would be wise to take notes from. This is the albums first moment where I can't help but nod my head to it.

Gira's voice returns to the low resonance I want from him on "Kirsten Supine". This is a more delicate murmur of a throb. This is also a duet of sorts with one of the female singers who isn't Jarboe so there is no reason to mention them. The song doesn't take form until the 5 and a half minute mark, it just shimmers itself awake until that point. Two minutes later it really crashes to life and darkens up a bit like I needed it to.  The band doesn't forget to rock despite all the drone that is going on this go round, as "Oxygen" does just that in a very angular fashion. Its a little upbeat for Swans, but works. Gira is tending to lean more toward maniac ranting on this album than singing , almost at times speaking in tongues.

The tongues continues as the spirit moves them on "Nathalie Neal". The strum of acoustic guitars comes out of the noise to turn this into a real song. It carries the hypnosis that coats this album with it. The build is dissonant , but not a challenge to listen to. Lyrically this one my favorite song on the album, it goes back to more of a Children of God approach. The title track starts off as close to being a ballad as you are going to get from the band. The vocals benefit the most from the layering, until they dip down into the lower baritone that recall Gira's prime. Like Bowie , he just has to show me can can still do it if he wants to. They give you the pay off with a powerful crescendo, that will make for a deafening transition live when they pound the point home.

It's taken me almost all day to review this album. It is an undertaking , not just something to pop in. So make sure you are stocked up on your drug of choice and laying down for the ride. I'll round this one up from a 9.5 that it hovered around to a 10, because let's face it who else can make music like this?  They are my favorite band and I have a very romantic notion of what I want to hear from them , which is to take me back to a place they are no longer at so accepting that , which is easier said than done, lets me get out of the way and take this album in as the art it is.