Report to the Dance Floor : Bossiie 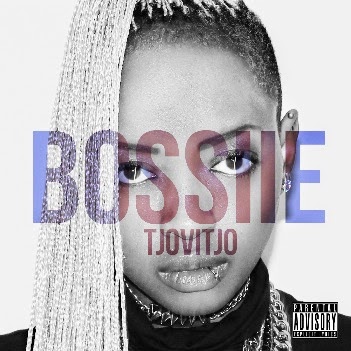 British rap is head and shoulders over the commercial garbage being put out in America these days. The beats and lyrics of "Hero" or both introspective. The initial impression she creates on the ep's opener is that Bossiie  is not the greatest urban poet if we are going to but here against Lil Kim or the more social metaphors M.I.A uses, but her lyrics get the job done.She is not relying completely on rapping here as she can sing her own hooks. She does create more of a lyrical command on "TIP" which follows.

The  beginning  beat to TIP takes a darker feel along the lines of Death Grips or Dizze Rascal, before taking a trip into the Dirty South. The lyrical flow still retains more in common with M.I.A , than say female booty shakers in the U.S.

Tjovitjo she does take on a very Missy Elliot influence cadence to her voice. I guess you could say Nicki Minaj is an influence on something of the quirky hooks she skips into .But it doesn't fee like she is shaking breast implants in your face to distract you from the music. The sexual element which with the hyper objectified take on females in the hip-hop is not as  prevalent. The image is projects in this regard is almost more along the lines of Die Antwoord's Yolandi Visser. While she has a ghetto background behind her in the video for this song ( see below) she has her face heavily preceded and more of a punk hair cut . giving more edge to her persona despite rapping in a sports bra.

Why are we talking about image, instead of just focusing on the music here? Well it is part and parcel to hip-hop as a whole, unless you are Outkast or Public Enemy you are selling the whole brand you have created for yourself ,as hip hop is one half street poetry one half playing a role. While Bossiie is less in your face with the sexual element than Yolandi, who seethes with the Lolita vibe, she is very much in control of it in a similar fashion. The lyrics "we are on that model diet/ anything we do/ we do so violent" hint towards this fact.She does have a bit of the androgynous sneer that Missy Elliot carries , but being younger and attractive sex can be the elephant in the room that she doesn't dangle before you , but uses her lyrics to dance around.

If you like experimental hip-hop that is not like everything else you hear on the radio, then she is worth checking out as within the span of  the three songs on this EP she covers a lot of ground. I am interested to see which of these three paths she takes, as she is certainly as talented as the Nicki Minaj's with out resorting to the t/a.