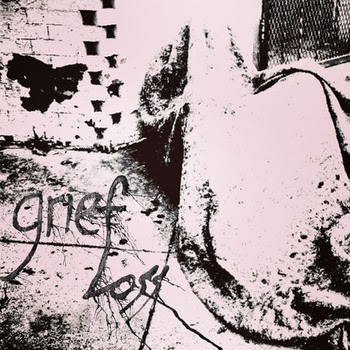 Deafheaven are the Metallica of this genre now. Not the first or the best to do it , but the band that brought it too the masses so all will be measured by their standard.The only similarity is the fact these guys uses harsh black metal vocals over sweeping sonic passages that sometime descend into a storm of blast beats. So if we are going to count straw here we are talking about early Deafheaven. This band from Washington, D.C. is onto something when it comes the the sonic spectrum they are tapping into here.

The clean guitar on "Void" sound great and this album is head and shoulders over most bands attempting this sort of thing these days. This goes far with me because the beautiful nature of the shoegaze, begs for clarity in the sonic murk. The vocalist does more with his voice than the dude from Deafheaven, who only has one scream he does really well, these screams carry more depression and anguish to them. They are vocal scrapings , long drawn out howls sustained with pain."Void" is longer than the title track and gives the band more room to explore this journey they are on. Deafheaven has an ounce of hopeful rage in what they do , but that might just come from living in California , where these guys have no such light at the end of their tunnel.

The first glimpse into a more post-rock direction is on the song titled with a hash tag and features the guitarist singing clean. He carry more melody and tenderness in his vocal than your average post- rock slacker monotone.It builds in a almost commercial manner like something the Deftones might do and the melody even makes me think of the more tasteful moments of melody the kid from Linkin Park use to use, but with much less cheese, Hum could also be a reference point as would Placebo.

They bring things down  a notch as "Chindi" opens with ambiance, but waste little time before they rock out. I love the way the vocals come in here. One of the rare occasions where I might prefer the harsh vocals over the clean singing. I am glad this album has both.They build in this song is pretty transcendent , but doesn't offer much more hope than someone might feel when they first jump out of the window.The guitar tone on this album is pretty flawless in either mode they switch into.

The two vocal styles team up on "Mouth of God". The half time feel of the song brings back that nu metal Deftones memory. This nu metal ghost that haunts them in times like these, is not a deal breaker. The songs still work and these guys aren't aiming for the Warp Tour , so I can live with this.Some of the accents hint these guys might also have a background in the more emo infused style of hardcore that came out of the late 90's , bands like Poison the Well. The guitar playing is pretty enthralling , the solo they hint at is very tasteful and these guys prove they have a mastery of their instruments, at least in the manner they have chosen to pursue it.

They close with the 12 minute "Charon". It drones on itself with the vocals doing something that sounds like the same grumbling noises Linda Blair use to make when ever a priest entered the room. At the four minute mark this builds into an actual song. It takes off like one of Agalloch more upbeat moments, but with the howl of depression chasing it .This is the best use of harsh vocals set against prettier music in recent memory. It brings back the sense of excitement of  when I first found depressive black metal and said finally something for me. The echo of  screams is a great way for the album to come to a close , as they fake you out and make you wait for blast beat that don't come.Overall I would say these guys have more in common with the depressive suicidal genre of black metal than the post -rock thing Deafheaven does.I have no problem giving this album a 10 as it's excels from every angle.
Posted by Wilcifer at 9:40 AM