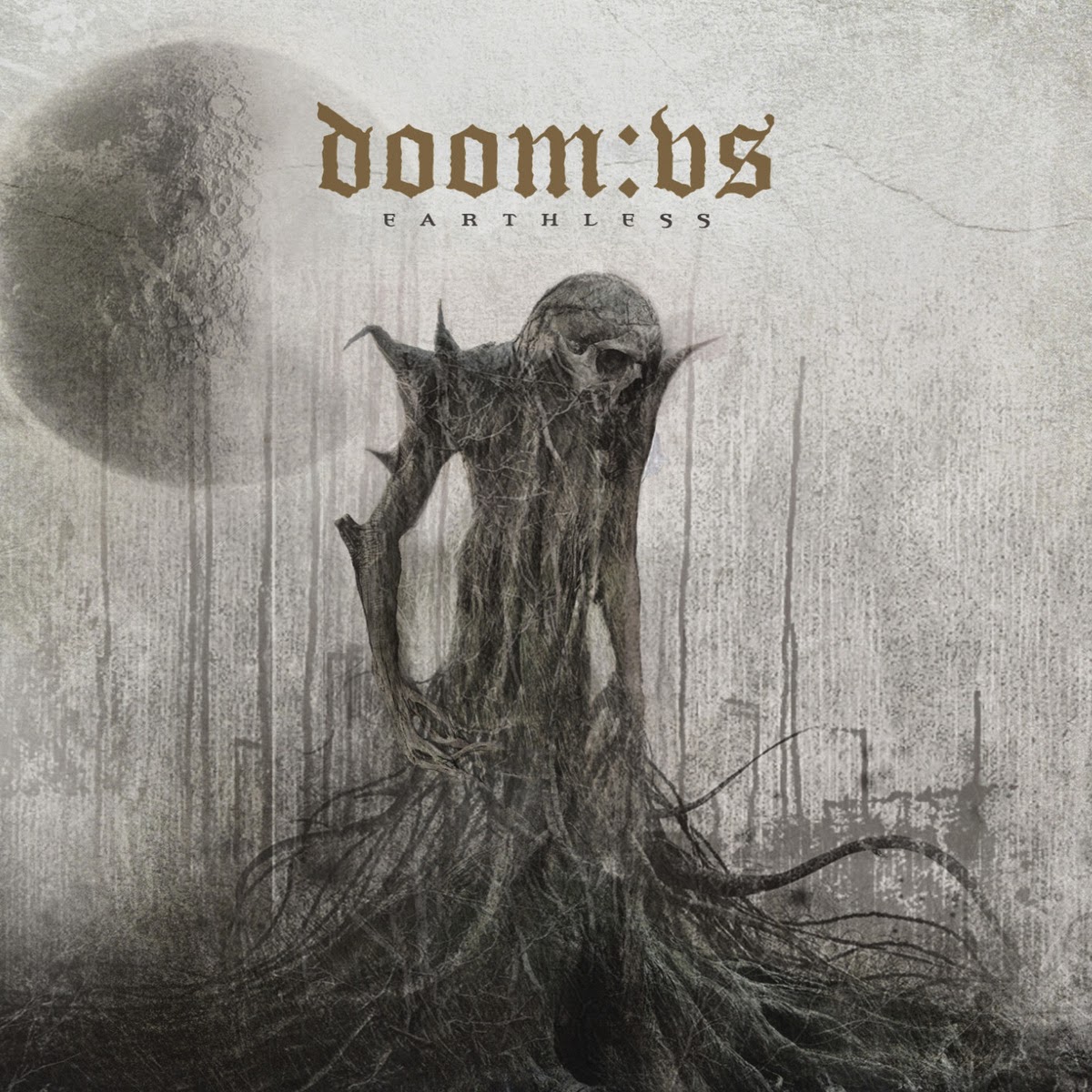 Sweden is not the first place that comes to mind  when I think of doom,  but Johan Ericson from Draconian proves to be a one man machine, impressively proving as adept at tracking drums as he is capturing some of these chilling guitars. I have a ravenous hunger for more funeral doom and it doesn't come out with the regularity I would like, but the albums are always meticulously crafted so they normally prove to be worth the wait.

The title track that opens the album is paced like a Mournful Congregation song, butt he vocals are more forceful and the song gets to moving at a more aggressive pace than the  Mournful Congregates do. There is an Evoken like beauty to the sailing beginning of "A Quietly Forming Collapse". The low gurgled vocals are just like I want them from this sort of thing, they are broken up by spoken passages. After a time the spoken parts remind me of Paradise Lost.

The deliberate pacing is a slow droning rumble, it doesn't linger over the snare as crawlingly as some, the songs retain a sense of movement and break down into beautiful atmospheric sections that do not cost the overcast clouds that cloak the music. If there was going to be a single , I suppose it would be "White Coffins" as it adheres closer to a metal format than some of the sprawling tapestries of sonic gloom on this album. The vocals are accented in a way that sounds like the growls are keeping time rather than just bile churning.

This album is heavy as fuck but also trance inducing, I can just put it on and let it float away with me. There is almost a more shoegaze or post rock element to some of the guitar that twinkles in the background of  "the Dead Swan of the Woods" , though the song it's self is metal splendor. The guitar melodies are pretty catchy, which in some ways is a Swedish trademark, though they are not being played here in fast layered harmonies like a methed out Iron Maiden like At the Gates, but in the same manner a David Gilmore solo sits with you.

"Oceans of Despair" floats out carrying on a similar cadence as the previous song until the clean vocals lift it up and hand the song over to the grunts of a more Celtic Frost like passage . The break down is pretty dramatic here, but the clean vocals smooth it out and make sense of things. the album closes with "the Slow Ascent' that has a tense guitar lead in that brings the song into the gray area between being depressive black metal and funeral doom,with the vocals the main element that makes the distinction . The tremolo picked guitar wells up out of a very delicate break down and further questions how distant of a cousin are the two sub genres.

Its an easy decision to give this album a ten , it sounds great and is well written what more do you want, if you like funeral doom or looking for an entry point into the genre this is a fine way to start.