This takes me back to the late 90's before Jimmyeatworld was a house hold name and pop punk had merged with the form of introspective punk Rites of Spring spawned that would be called emo. A word that now creates images of dyed hair teenagers that cut themselves, which looks more like goth, than where bands like Sunny Day Real estate came from. This band doesn't have as much in common with Sunny Day as they do bands like the Get-Up Kids and perhaps even the more refined pop hooks of Dashboard Confessional.

The lyrics are sung with conviction. I think this kind of pop music is a much more welcome memory than what currently resides on the radio. The vocals are sweeter than monotone , but there is the reluctance that characterized some of the more indie rock flavored flavored bands of this type, like Taking Back Back Sunday's less frantic moments or Sparta.

"the Voice might be the lead single from this album, but much like early Taking Back Sunday, every song tends to hit with a blend of punk punch and pop hooks. Bands like La dispute and the World is a Beautiful Place, also help propel the sort of emo revival that this band could benefit from, though they are more middle of the road and less experimental than either of those bands not venturing into the more screamo elements that were sometimes married with this sort of thing. 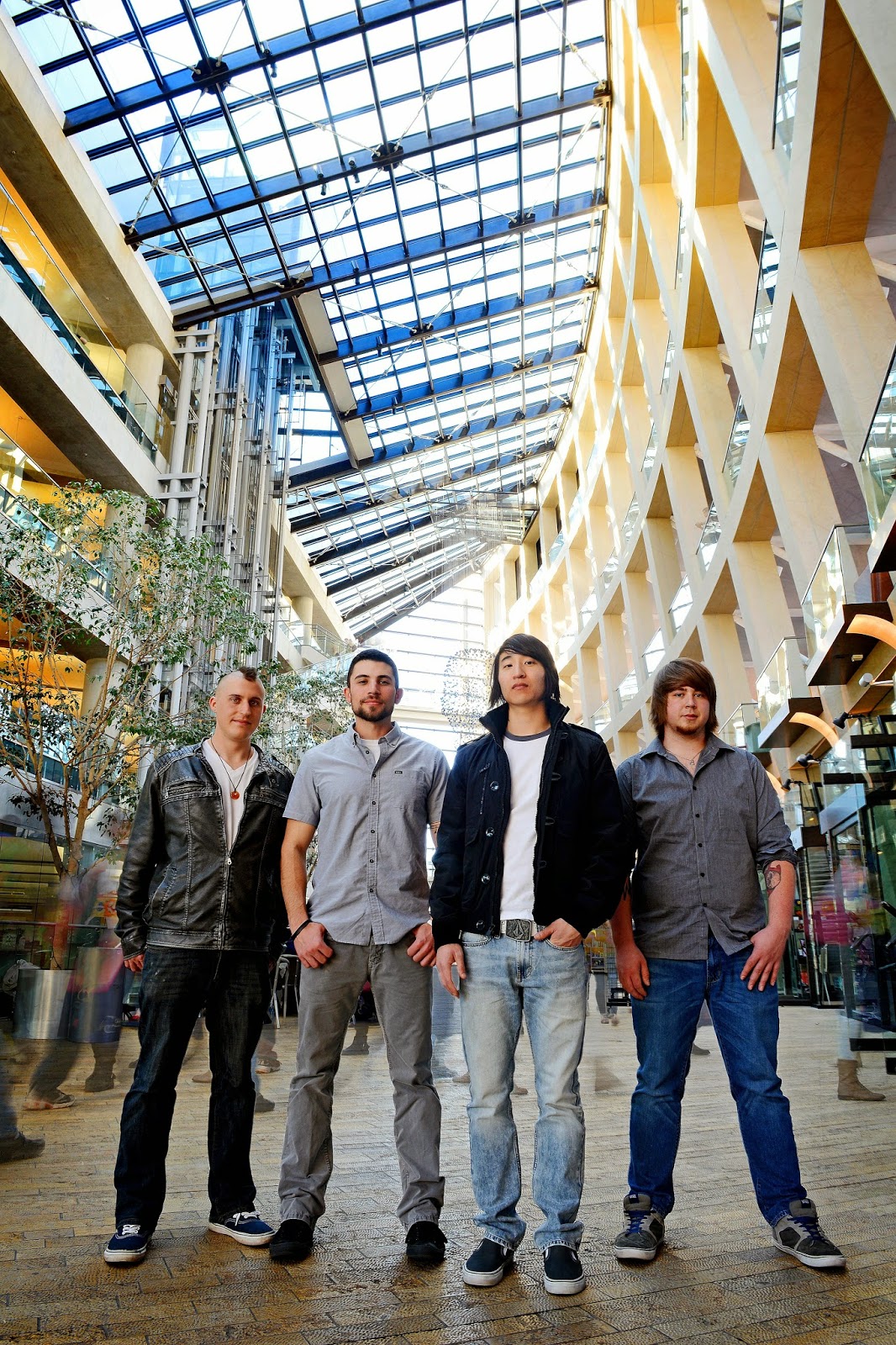 It only takes me until "Daniel WIth an L' to be convinced these guys are more effective than original with what they do. I like the very sonic chords they use. The vocals work around them  in a keenly honed ear for detail when it comes to the composition of these songs which is pretty air tight. Sure back in the days of Myspace, you could find a hundred bands that tread similar ground, but they have since all grown beards after they bought the second Brand New album and are off making post-rock now.

Often these guys are too optimistic for me both lyrically and the general feel of the melodies.But at one time I would have more eagerly latched onto this sort of thing, so I can appreciate what is going on here, I think I prefer the more bitter approach the Get Up Kids took. Sure more teeth could be used at times, but the songs ebb and flow well and they capture some pretty interesting guitar sounds in the more shimmering moments. So if you are currently not medicated for depression and you do not require such chemical enhancements then you might find this inspiring. You will find it an even better soundtrack if you live somewhere on the west coast, as the forecast is pretty sunny with a twenty percent chance of romance. Though the ambiguity in the metaphor of the lyrics keeps this from being just for teenage girls.

It's on "Places" where I realize the more straight up pop rock elements of what they do , were out hipstered by bands like Pinback and Minus the Bear, who introduced a more math rock element to this sort of thing, so it might sound a little straight forward if you are a fan of things that teeter more closely to the progressive elements of math rock as these guys root their sound more firmly in 4/4. I think where their chops are most polished is in the songwriting department.

The sugary strum of acoustic guitars on " Set Phasers to Stun" shuts the door  on any expectations for hardcore roots that once linger beneath this sort of thing . So no break down or gang vocals , some oohhs and ahhs, but this is about having fun more than making a rebellious statement. Its highly doubtful that any of these guys own any Converge. At their most rocking moment on "Collision Course" they are only as punchy as Jimmy Eat World or Saves the Day..

The balladry on " Take Me Away" costs these guys a little bit of their momentum and takes them closer to Postal Service's musical zip code, but it is well written and the addition of the female vocals doesn't come across as too melodramatic, though I can hear these guys providing the back ground music to CW shows to come Even the attempts to rock with conviction on "Dear Pandora" only further the hypothesis that I am too old and jaded for this sort of thing, but I suppose that is what comes with music journalism. . This does not take away from what these guys do, as they do it better than many of the Myspace bands that had a million of friends back in the early 2000s.

I was positive they were saving the breakdowns for the albums closer and give a big stag diving finish on "Chemical", but instead they go more the Dashboard route, but with some cool and well thought out harmonies coating everything. This lets me walk away knowing that if I am ever in a great mood and want something that is super catchy then I know where to look. However if you are under 30 and didn't catch the this sort of thing on the first go around then it's worth your time. If you did catch the first wave of this kind of Myspace rock and miss those days then it is also worth your times as these guys are pretty legit when it comes to capturing that vibe and giving their own well written spin to it.
Posted by Wilcifer at 1:48 PM