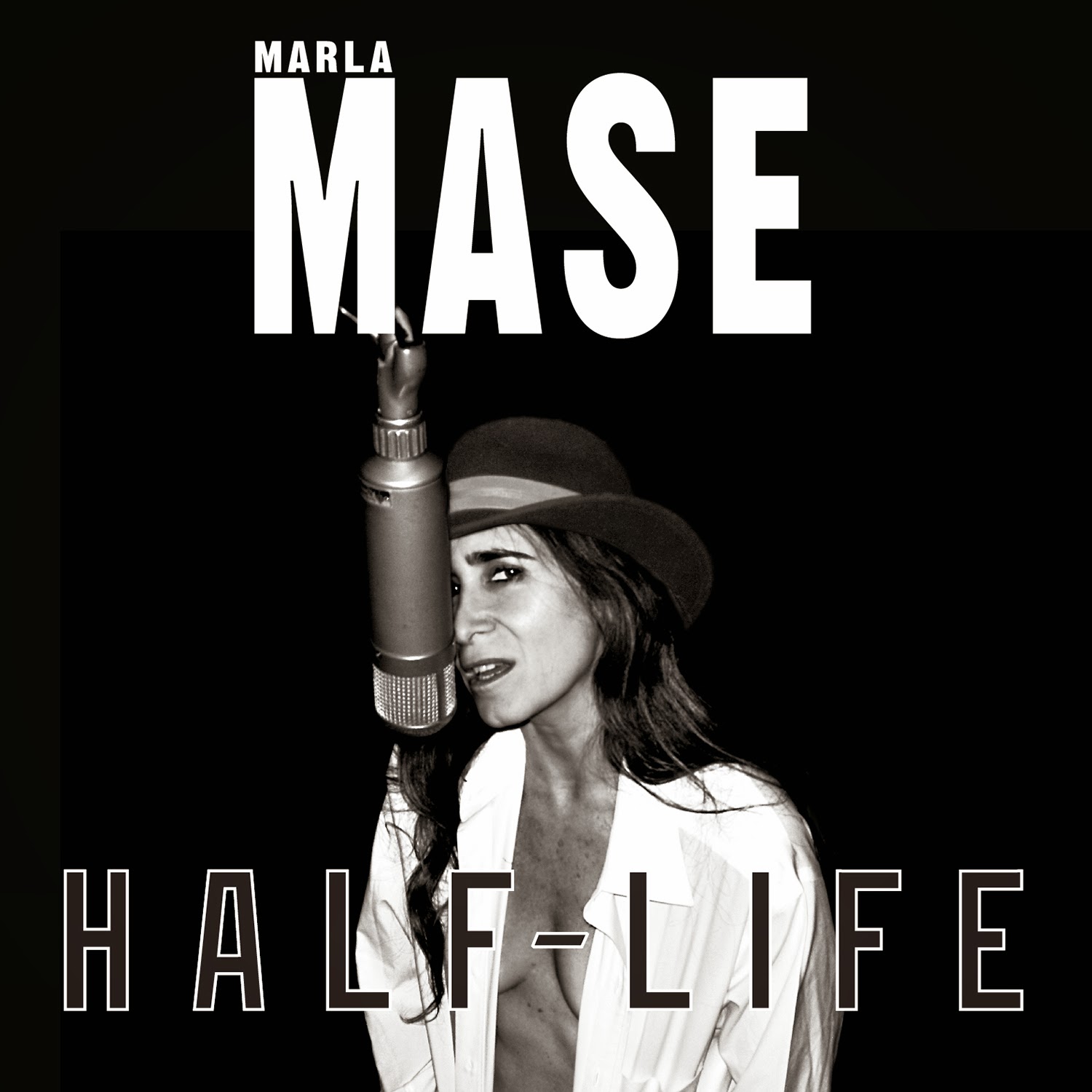 Holding up to the True Groove Label's crusade to bring new music to 2014 on a monthly basis, Marla Mase is followis up her "Speak Deluxe" album with "Half Life". Since this is an ep, Mase doesn't waste time. She opens up with a driven punk number that caries the ambiance of Kim Gordon fronted Sonic Youth. The song brings to mind some of the more accessible moments from "Goo", laced with a PCP like hit of the Stooges.

Like her previous album their is no shortage of dynamics in the color spectrum of musical diversity that characterizes True Groove's Global Soul vision statement. The title track embraces elements of funk set against a Sade like simmer, while not forsaking Mase's alt-rock leanings. Her lyrics take a more introspective and personal turn this go around.She muses her idiosyncrasies with a sax backing the beat.

Mental health is tackled in her social dissection in "Things That Scare Me". The quirk in the melodies bring the B-52's to mind. Although this is a club mix is still rides the new wave line between dance and rock the Talking Heads once waltzed over. The distorted guitars keep a rock glaze over the song.

Bill Laswell pops up laying down the bass line to an almost Tom Waits inspired brooding number called "the Heart Beats". The lyrics ponder the universal truths music inspires, that is a familiar concept on True Groove projects. This is followed by the Rolling Stones like shuffle of "Gaping Hole".More lyrically self aware than Jagger's apologies for being a beast of burden, Mase instead questions the gaping hole the masses seek to fill with relationships as much as they do drugs of any flavor.

The reprise of "Drown in Blue" resembles the opener very little, instead taking a more intimate blues approach.Another True Groove alumni Charlie Funk contributes backing vocals to the blues rock of "Bitch in Heat" that finds Mase holding fast to her more subdued vocal approach while the groove winds around her. There is a pretty ripping guitar solo, I assume to be courtesy of Doncker , whose band once again backs Mase for this album.

The ballad "Hold Fast Your Dreams" is inspired by the Louise Driscoll poem of the same name. This goes back to the type of 1920's lounge , but with the air of indie rock to it, not unlike something you might hear in a more cheerful moment of a David Lynch film or even the Velvet Underground's Nico comes to mind.

This is more to the point than "Speak Deluxe" due to the abbreviated nature of the medium she chose to present these songs in, but sometimes less is more and this works for Mase as a more concise portrait of where she is . She continues to carry on True Groove's vision and does it in a very thought provoking manner. If you are in New York on June 12th , make sure to catch her at the Cutting Room and see how these songs translate live.