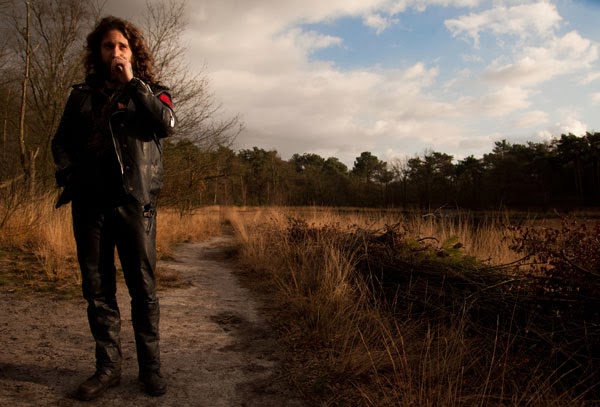 We lost one of the best guitarists you might not have ever have the pleasure of hearing,  if you did not catch the Devil's Blood live. If you are a regular reader here then you should know what high regard I hold Selim. I got the chance to interview Selim, a few years ago when they were on the tour with Behemoth, Watain and In Solitude, it never made on here as the transcript got lost before I could transpose it , but he was a very frank and intense man who was very confident in what the Devil's Blood , I remember asking him  what was the response like playing to metal audiences at a Behemoth Show, when they are more of a rock n roll, band and he said " I care less what people, think, we do what we do because this is the music we make, we put it out there as a force and if a crowd likes it or no is of little interest to me."

Then they preceded to blow me away with a very jammy Pink Floyd like set that was much different than what they did on their albums. Having already  seen some of the greatest guitarists live Fripp, Page, Gilmore, Iommi, Prince, Malmsteen...it is easy for me to number him among them. It's a shame the progression of his talent was yet to come, I did read an Interview where he said in regards to the Devil's Blood's break up that he saw it like the Rolling Stones, what was the point of them making albums after "Some Girls" , so he seemed to think that projects high point had past, despite the "...And His Enemies" project still being in a similar sonic space to the Devil's Blood.

It has been said he was shot, but not conclusive statements have been made of late as to the exact cause of death. However watching the video below it feels very much like the death of Jon Nodveidt  the singer of Dissection, who killed himself, for reasons which might best be seen as a self sacrifice for the completion of what they considered their great work.