Pyrrhon : "The Mother of Virtues" 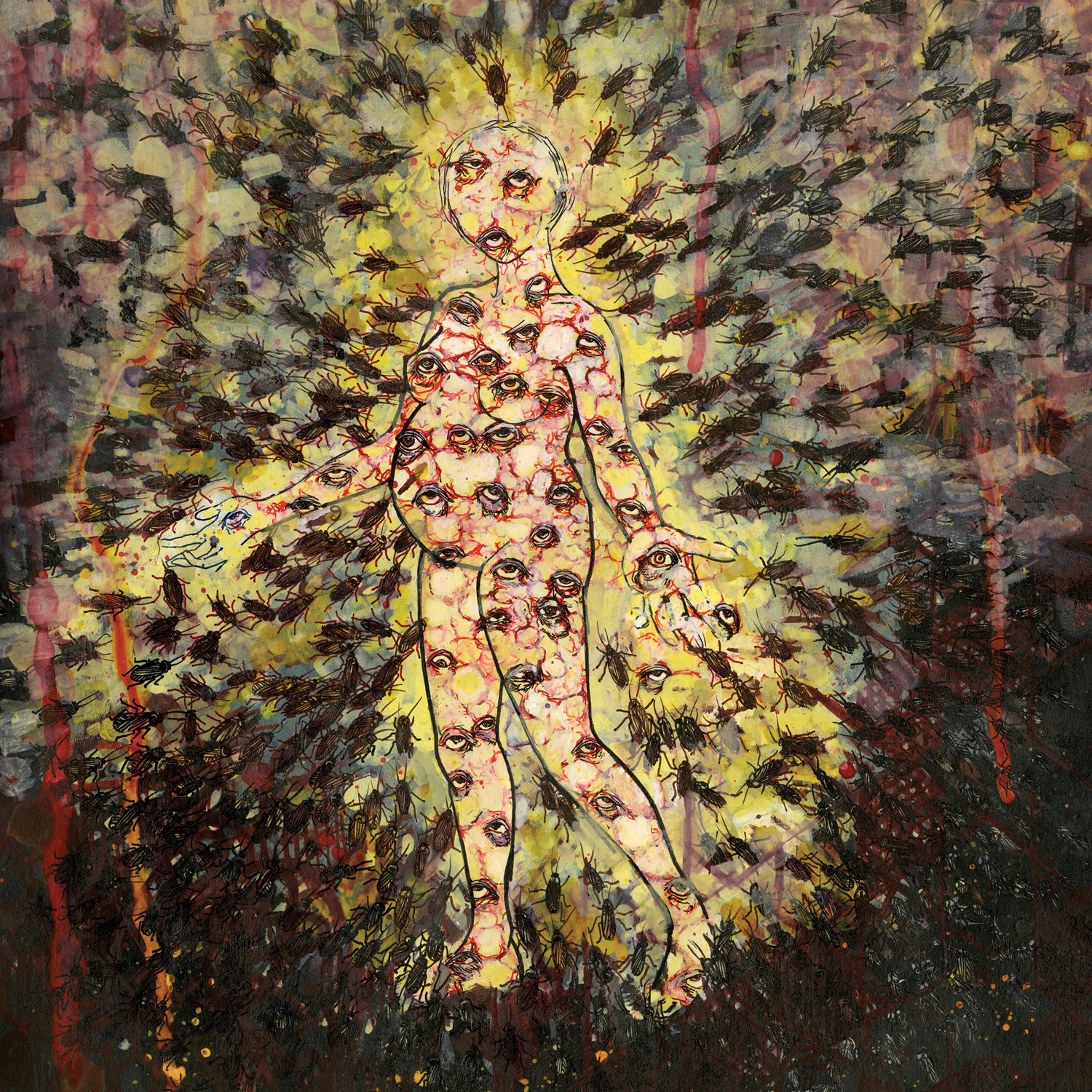 It's almost a stretch to call this spastic band of New Yorkers death metal. The open up their album with the gnashing of teeth that reminds me more of Today is the Day doing meth with Angkor Wat. From there it gets sludgey on "White Flag". Their is an ugly dissonance to how the song breathes it's toxic contortions around the seething vocals that do get more growly on this song , but staying in the more acidic Today is the Day range than guttural.

They do flow through a warped metamorphosis, whose angular hysteria I appreciate. The technical side of what they do is not just relegated to shredding. The flex some muscular chop and a burly roar on "Sleeper Agent" and while it's good spastic fun, it does make me wonder how the song writing that is a haphazard collection of brilliant mistakes hold up with no melody.

They show slightly more death metal fangs on "Balkanized", but you still get the impression despite the slight Carcassisms that they listen to way more Botch than Morbid Angel. I prefer the snarl of ... its not personal. To how the vocals were delivered earlier. They thankful get a lot darker on "Eternity In a Breath", it's almost blackened, but also gets kinda post- rock in spots. It could easily be argued by the genre police that this is more sludge than it is death metal.

The get almost Absu like on "Implant Fever" , but with less ..or any thrashing. They often find themselves in collision with the cool riffs don't make a good song, as some of these ideas sounds like they were literally thrown in a baby blender to see what kind of a mess it would make. The drummer is a champ for taking this chaos on. There is a jazz like method to his madness.

They launch in to some ranting on "Invisible Wound" that goes back into Today is the Day mode, with some leering down at David Yow's stripped down and masturbatory presentation. Sure this is hip in New York, but this song is barely hanging together. I do like the serial killer like whine the vocals take on when the emulate Steve Austin from Today is the Day. The taste of NY that you are expect, the more Krallice or Liturgy like mathematics don't come in until "The Parasite In Winter". .

They close with the title track that slows things down to a darker pace, that I would normally be a fan of , but this song doesn't retain enough form to really hook me in .It goes into freak out mode , but never had enough shape to divest in the first place. I will round this album , up to a six because what they do in the first place is so unique and something can be said for carving out a sound for yourself.