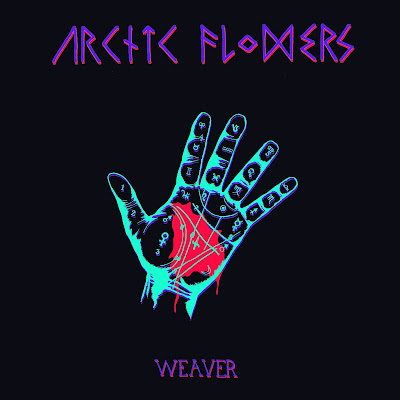 Reviewing an album off  Bandcamp to me feels like reading the book on a Kindle, I don't like it , so it must tell you how much I was anticipating the new Arctic Flowers to go this route. The first impression is their is more punk here and less of the darkness that earned them the death rock tag. It's also much more straight forward at time even reminding me of bands like Sleater Kinney or Rainer Maria.

Despite the overall more punk direction the bulk of the album tends to head in their are still some overlaying guitar melodies that bring in the more death rock elements , though it doesn't have the  drug gutters of West Hollywood at midnight feel that a band like Christian Death captured.

It's not until the third song "Ex Oblivione" that I hear strains of the more post-punk elements, as the guitar is picked out in a more melodic manner. The bass player still has the New Model Army style chops.The drums however really follow  to straight forward of a punk beat for me. Some of the more punk elements come from the production which is often more raw than not.

"Byzantine" is the first song that really registers with me as being dark enough to satisfy my tastes, and has almost more of a metal drive in places. "Dirges Well" also touched on their dark side. After a few listens and getting over the shock that this album was not the step forward from "Procession" I expected, the more punk direction begins to grow on me, but it's not something that I really feel like I would get much mileage from.

I will give this album a 6 as it might be a slight disappoint me for me to hear them default into punk, but I think there are a few strong songs that might make up for this when it comes to die-hard fans. Hopefullt they have gotten this out of their system and can move on to a more logical place of growth from the superior "Procession"