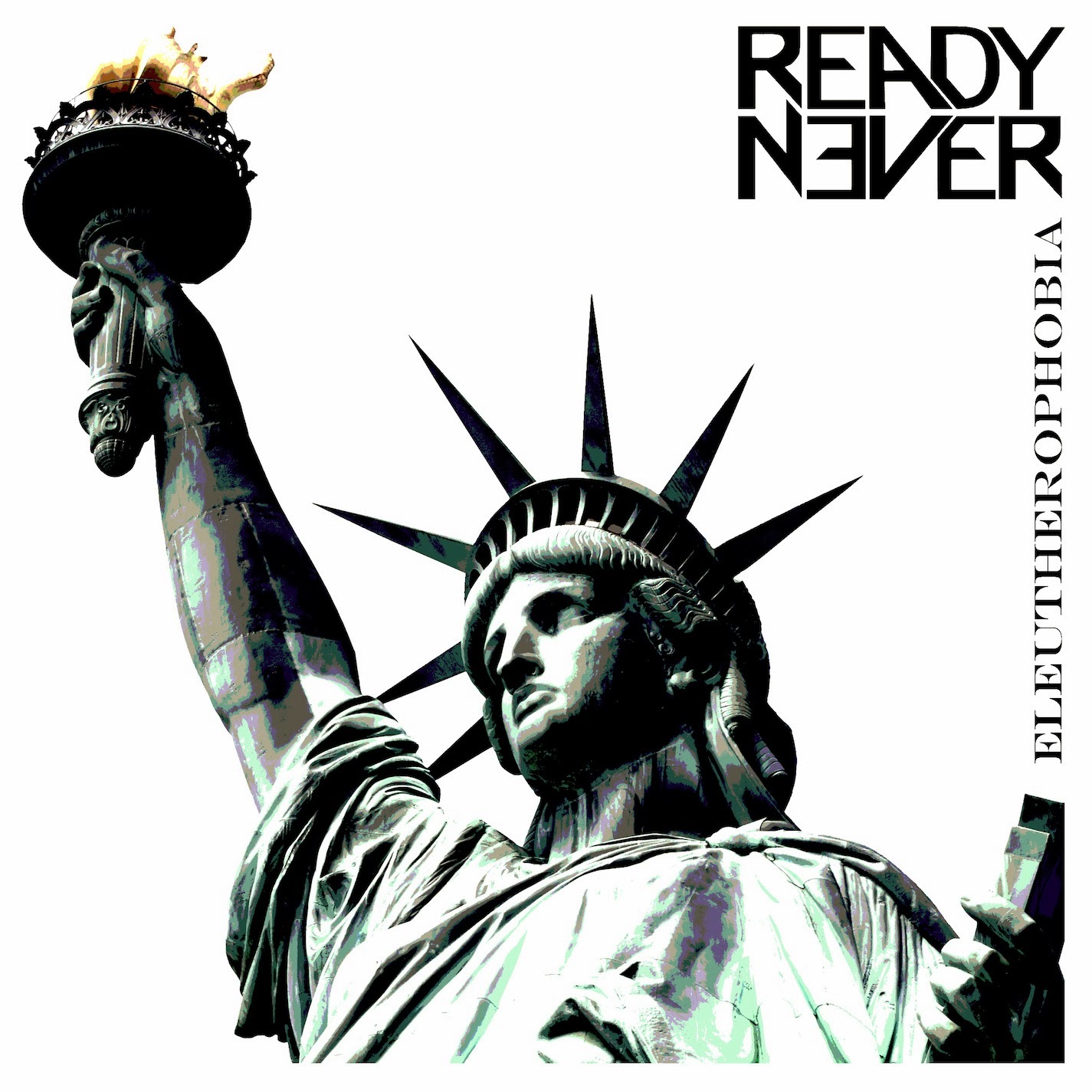 Ready Never released their first album, "Eleutherophobia" this January , but main man Benny Ed is no stranger to the biz having played bass in the Latin pop market with the likes of Beto Cuevas, who won the Latin Grammy's album of the year. So it is no wonder there is a very solid skill set in place when it comes to crafting this flavor of EDM.

Their fun plastic sheen bounces synths off one another, in this futuristic joyride. The vocals glide over these colorful beat's pretty graceful, not forsaking the latin roots. The hooks are particularly strong on "Casualties", it has almost a reggae swagger to it bringing 311 to mind, in how the vocals harmonize. Even when the dynamics of the song lift off, the song maintains it's lazy West Coast feel.

For EDM fans who frequent this sit , it might sound like this is something too cheerful for you, but there are darker moments, like "Victim of Vice" that flirts with dub step. "Future Retro" plays around with some break beats while the synth pattern is more psychedelic.

This album often finds itself taking you back to the earlier days of this flavor of dance pop, with bands like Aqua, who skimmed House sensibilities without leaning too heavily on the disco inflected beats of dance hall house. "Me Myself and I" really runs with this early 2000 house sound, coupling it with live instrumentation like guitar tracks that make it stand out from your standard club fare. The latin flavor is thick in the rapped interlude.They flip back into more of a Euro sound on "My Eye Know Might" and take a similar stance with lyrically clever "Take That Pill" which in the club scene can have double meaning, though it is supposed to refer to Western Cultures need to have a prescription for everything.

This is not to say the album only draws from the ghosts of beats past as songs like "Tell Me" that would not be out of place on a Daft Punk album. Though they utilize a sense of pop melody without the aide of all the collaborators the masked Grammy winning robot duo employed. Sure there are a few auto tuned clichés, used here for a stylistic choice to achieve the current pop dance sound than out of necessity.

They also pull out a more organic rock sound on "Be My Lover Again" that combines the groove of Sublime to the grandiose pop exploits of Bruno Mars, that is given more credence in their use of live instrumentation.They don't lose the high energy dynamics of Edm in doing so, keeping the sound a balance of the two worlds as needed.

Overall... these guys show a lot of promise for what they do, the songwriting is more more thoughtful than just button pushing and the inclusion of live instrumentation is something that puts them over the faceless laptop dependent D.J.'s, so as it warms up this should be the perfect music for West Coast Beach Parties and electronic festivals.