Up From the Underground: Monks of Mellonwah -"Turn the People" 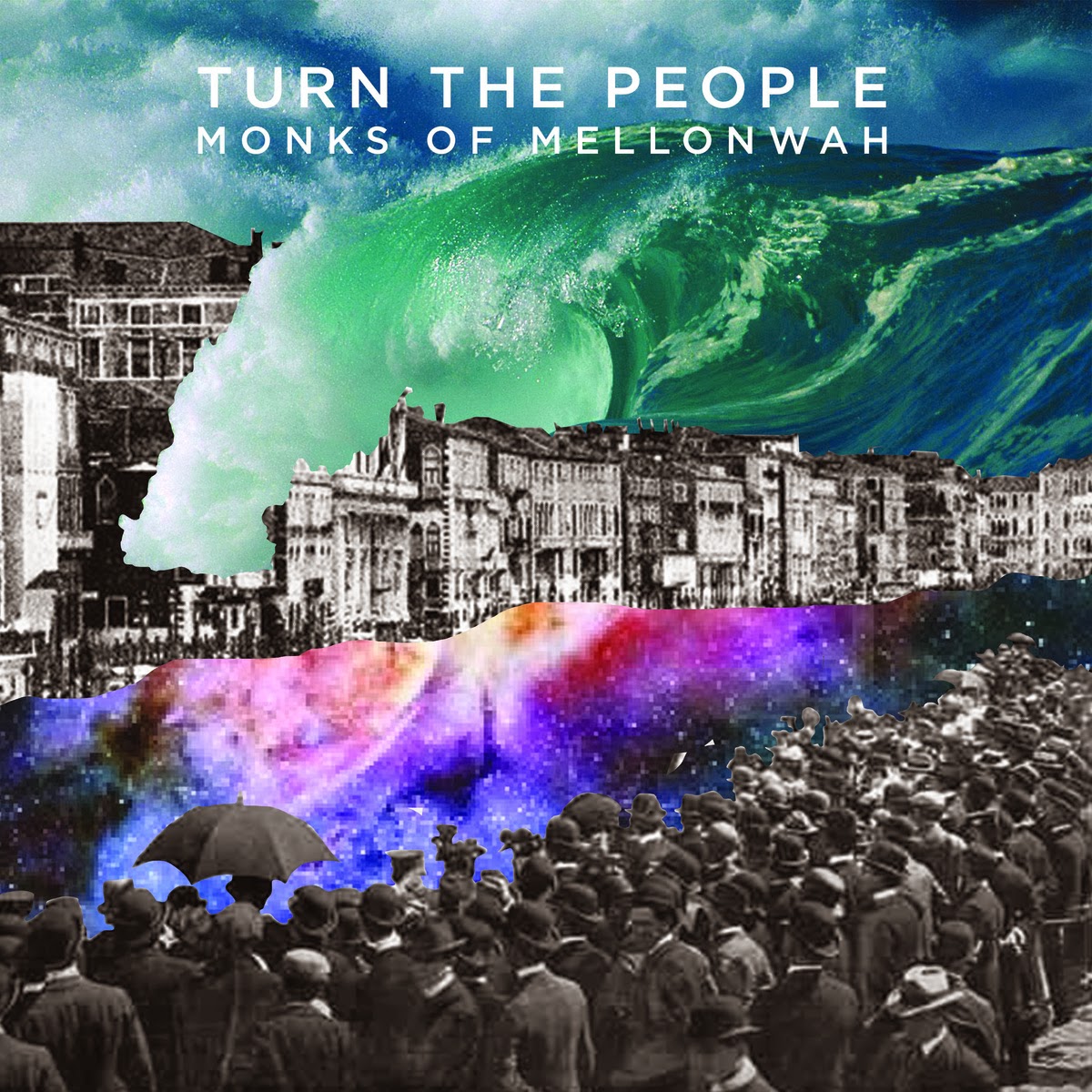 This is the full length follow up to the "Ghost Stories" e.p. the Sydney based band released last year. All three of those songs reappear on this album with "Ghost Stories" and "Vanity" leading off the album, but it doesn't take long for the band to shift from the soul inflected alt-rock we were introduced to last year, as the electronic syncopation and the floating vocal line of "Tear You Hate Apart" reminds me of Depeche Mode.

It should come as no surprise to regular readers here, that I prefer when they take darker turns and find the falsetto vocals to have a more alluring quality than the more standard pop vocal, that almost borders on having a Justin Timberlake tinge of r&b to it."Tear You Hate Apart" give me hope for the rest of the album as I think it's stronger than the song's from the "Ghost Stories" EP.

A dancier more soulful return the older sound occurs on "Pulse" though to the band's credit their grooves are darker and more electronic, they shed the late nineties Incubus feel and move into an almost more Daft Punk territory musically, which should have a longer shelf life. The darker disco groove of "Alive For a Minute" shows their bass player really has a gift for holding down their songs with catchy low end. Here the singer uses it to indulge his Micheal Jackson flirtations. This doesn't lend much credibility to any pretense of being a rock band,but these guys are talented song writers.The do give Muse a wink or two on the rock climaxes they do launch into.

The opening riff to "Escaping Alcatraz" sets it up as pretty dynamic rock song. The singer has pipes, but not the grit of a rock singer.This is not to say that this won't still fit on modern rock radio like Maroon 5 and Muse. They find more unique musical sparks on songs like the title track, where they are just writing good songs rather than placing the emphasis on rocking.The solo that explodes out of the title track like Jennifer Batten on Dirty Diana, lends enough rock to th song without overdoing it.

It is on songs like "Downfall" where the blend is a little more awkward and if the rock elements weren't given such a college try and the band allowed themselves to go where their strengths seem to lie. Even the more fluid swagger of  "Afraid To Die" seems to know which muscle to flex and when. The melody is given precedence and that is where is bands works best.If some rock comes about as a happy surprise , because that is where the song wanted to go then the end results speak for themselves.

There is a "Dust In the Wind" feel to the balladry of  "I Belong To You". I think this proves they work best on the move, with a beat to propel them. If they were going to do a ballad I think something more like a "Purple Rain" would work better for them. They take another swing at a slower pace on " Sky and the Dark Night pt 2 Control". It's darker and with a more creeping pulse to it more along the lines of the Police meets 30 Seconds to Mars. The vocals are allowed to be soulful with out tripping over themselves and their taste for rock gets satisfied in a more fitting portion.

There isn't a "bad" song on this album, just songs that capture what these guys to best better than others. I think these guys are ready for the masses with this. There is a market for this sort of thing, and if you are a fan of Muse and have some "guilty pop pleasures" on your ipod then these guys are worth your time, they are capable musicians with an excellent sense of catchy melodies.