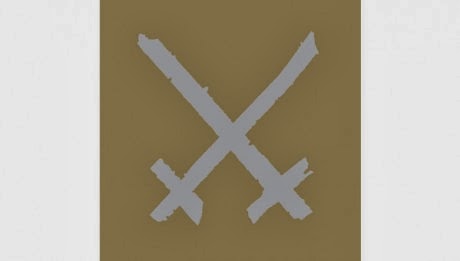 The San Franciso band spear headed by Jamie Stewart returns, finding a darker and more brooding place to emerge from than Stewart did with "Always". The album often forces you to ponder the line between experimental and music. Do they sacrifice song writing for sonic freedom? The second track on the album " Archie Fades" is more of a song than the opener. Stewart's voice retains it's fragile tremble and I appreciate the mood it creates ,but  tends to drone on the one idea rather than really going any where.

Without question " Stupid in the Dark" is the album's strongest song on it's chorus hook catapults it to the top of the heap as far as the band's body of work goes.The lyrics are smart, the line " you taught me a lesson , people are stupid in the dark" is the same kind of passive aggressive stab Morrissey would take. From this point on the bands tends to flirt with an almost industrial feel like some of Skinny Puppy's less dancey moments. When I think of the album in this way I can appreciate the forsaking of melody, song structure and dynamics more.

"Black Dick" is the next track that sounds like a song. The beat has more movement and the sparse synths creep around it. The vocals act more like abstract spoken word around it. They continue to wallow deeper into a hole of self loathing on "New Life Immigration" . The vocals take a more melodic approach, though the beat becomes more shapeless. "El Naco" feels almost like a witch house or rape gaze song. The vocals are more crazed and the entire presentation feels like a mental break down

A clearer rhyme and reason emerges on "Adult Friends". The remains experimental but the song is more effective in creating a sense of dynamics. Similar can be said of " The Sliver Platter", though it might be even darker than its predecessor. The desperate tenderness to "Bitter Melon" is executed well and shows they are capable of blending experimentation with conveying emotion.

"Knife in the Sun" sounds like the soundtrack to Dallas Buyers Club if it had been a horror movie. It's abrasives but counters it's self with a groove. The noise indulgence returns on "Cinthya's Unisex". "Bontanica de Los Angeles" returns to the more industrial laced murk of synth noise for Stewarts pleading to bleat over, and it works pretty well, leaving the title track as an outro that sounds like a farting chainsaw.

I'll give this album a 7.5 for now though it's darkness might speak to me more in a low swing and allow the album to continue to grow on me , if you like a lot of dark noise to go with your desperation then round this up to an 8, but I think Stewart is too good of a song writer when he actually tries to write a song.