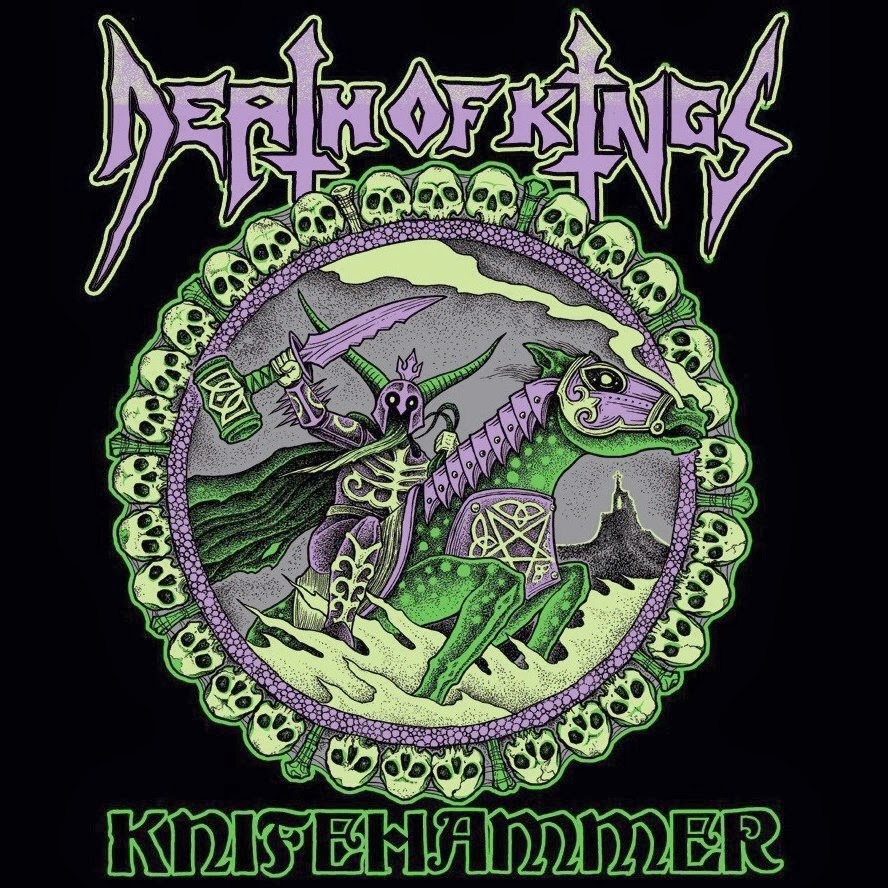 Thrash has always been the marriage of punk to metal, with bands like Slayer serving as the entry point for punk kids to get into metal . Metal was once a bad word in the Atlanta scene until Mastodon broke big on the road, encouraging a cross over  that saw punk kids adding more metal to their sound. Death of Kings , comes from such a back ground when the band started as Das Manics it was more of a punk band

This 7" is product of a refinement to the bands sound since it released it's first album in 2010.The guitar is very much in your face on both songs. The vocals carry a Udo Dirkschneider sneer melded to a more Kreator like aggression, though bands like Vektor also employ a similar gurgled shriek.When the gang vocals chime in, its clear the the band members retain their punk roots.Their chops capture the dexterity required of the genre with impressive interplay between the bass and the guitar dueling,

The frantic pace the thrash gallop lends itself to more nuanced accents in the groove of  "Beneath the Obsidian". The vocals take a similar approach  The solos have more of a rock n roll feel to them on this track. The vocals carry a more grit in their delivery at time, they sound as if they are being spew rather than roared, growled or screamed.

Around the two minute mark the band finds a particularly tasty groove amid the otherwise breakneck pace , that wouldn't sound out of place on an Amon Amarth album. The Iron Maiden influences that very faintly lingers isn't in the twin guitar attack, but in the way their drummer Amos accents certain phrases and then it's the rawer feel of  Clive Burr rather than Niko.

In this particular release elements of  power metal or death metal are not particularly present, but this 7" inch feels like a much more accurate depiction of the live sound. If you like your thrash fast and chocked full of solo, then this will not disappoint. 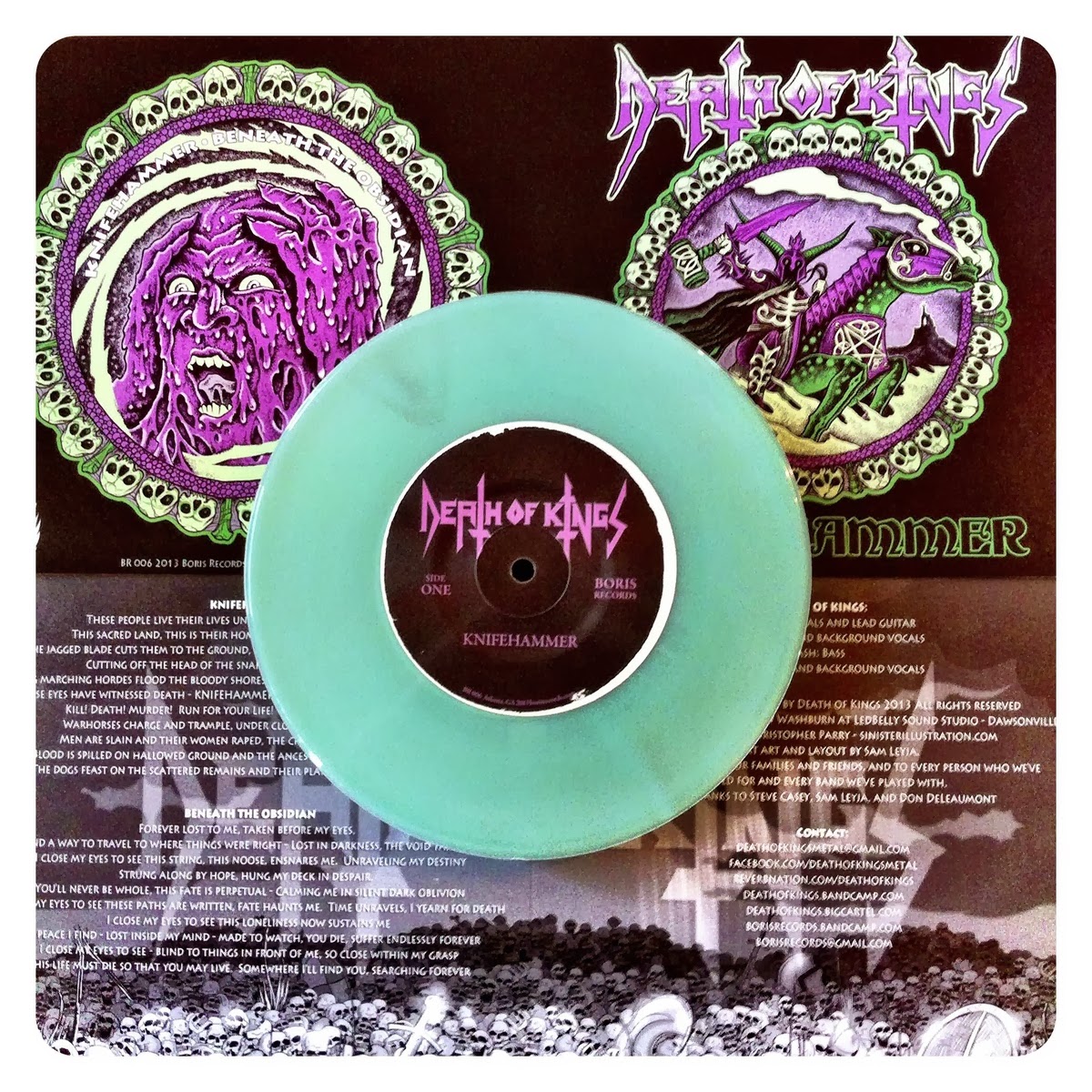 Knifehammer was recorded at Ledbelly Studios, where other Atlanta bands Withered, Irreversible and Royal Thunder have all recorded.  The album was produced by Sam Leyja and Matt Washburn. Mixed by Matt Washburn.  Was released  November 2013 on colored vinyl via Boris Records.