Mr. Bungle : " The Raging Wrath of the Easter Bunny" 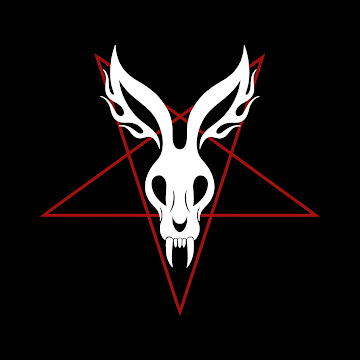 It's been over 20 years since they have released anything. They were not going to give you a reunion in the conventional sense as this time Scott Ian and Dave Lombardo join, Mike, Trey and Trevor to revist the demo that proceeded Bungle's self titled debut. The album opens with a guitar ditty which is basically an intro for "Anarchy Up Your Anus" .  Which is 80s style thrash that is consistant with what was coming out at the time. The first bit of oddity is not until "Raping Your Mind". Trey does a decent Kerry King impersonation . I think "Raping Your Mind" is a better song than "Anarchy" .  It is impressive that Patton can still pull off this brand of metal with as much vigor as he does.  "Raping Your Mind" does set the bar for the rest of the album has to live up to.

"Hypocrites" shows a little more of their wacky side, before merging into a cover of S.O.D's "Speak English or Die" . It pretty much it was it is. "Bungle Grind" is like if Death Angel jammed with "S.O.D" .  It is very true to the time this was originally written.  Which with Scott Ian in tow is pretty easy to achieve.  "Methmatics" has a more rock n roll vibe to it. This is short lived as they blast back into thrash. As the song progresses you can hear a riff that would eventually become "Love is a Fist" .  "Eracist" is more mid paced and less over thrash. "Spreading the Thighs of Death" finds them back at warp speed thrash. "Loss For Words" sounds like it would have been filler on a Gwar album.

They are back to the more brisk side of thrash with "Glutton for Punishment" .  When you think about it the guitarist from Primus was in Possessed , so this is not a reach. To be honest I find myself getting a little bored at this juncture. The whispered vocals were the most interesting part. It wraps up with the chug of "Sudden Death". Scott Ian must have just learned these parts as written nad played them as I do not hear much of his input. Ok none really. I like the taunt palm muted tension to the moshy riffs. I will give this album an 8. Their other albums would be 10s . A little too straight forward. I am sure this will divide their fan base.