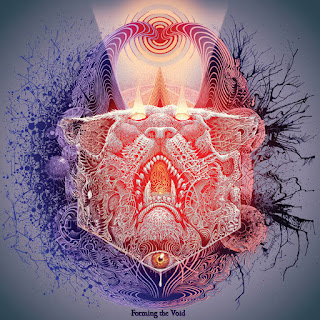 Here is a band from Louisiana that defies the normal swamp metal stereotypes of the region. Though the do dabble in some sludge like areas and at times darker than most commerical rock bands. Not that these guys are totally aiming for the radio. They are however less stoner rock than I thought it would be and more grunge. It is not surprising since I found them on an Alice in Chains tribute album. They are more Soundgarden than Alice In Chains, but with a more modern sludge rumble to their sound., There are cool shadows over the way they coast on the rumbling. It reminds me of some of the metal bands that jumped on the grune band wagon after the fact. I like the darker more serpentine riffs they use. This band's strength is when they are out to hyponotize. I normally like singers who can soar , but this guy is better when he is just serving the song. Or maybe his lower register just sounds better, despite the fact he has the notes up top.

It sounds like they open "Manifest' with a sitar. Or they have effects on the guitars to create that sound. When it kicks in the guitar sound is the fucking shit for real. I like the way they play with the dynamics here. "Electric Hive " finds the pace picking up from the normal throb that has set the tone for this album. They did out a weighty fuzzed out pouding that is deliberate in it's lumber with '" Anicent Satilite" . The last song finds them ending the album back on the more Soundgarden throb. The singer has plenty of room to wave his melodies around it. This is also the first song that I have noticed the guitar solo. It is very rock nroll and kind of jammed out with no excessive shredding.

If ever wondered how I score album I suppose I should give a more detailed diagragm , but for lack of one let's say a 10 is on par with the classics , we are talking a  flawless album on par with Led Zeppelin. Well no but it's a lot of fun and is easy for me to let play several times in succession. I really enjoy this album, look forward to downloading it and reccomend it to my friends in real life, you know the " Hey man I know some body you might dig , sort of thing. " I mean the are on the brink of a ten and mayb it will grow on me in that direction as an album I can not live without , but as of now I am giving it a 9.5 .