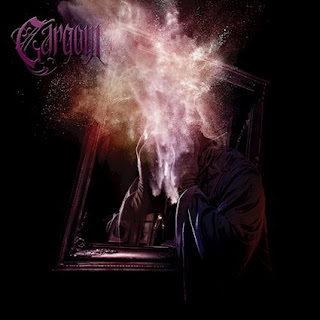 I have never listened to much Revocation. Never like the way the albums were produced. This project is much more interesting even it it is frequently trying too hard. At best they come across like a cross between King Crimson & Alice In Chains, with King's X like tendencies. "Cursed Generation" is more straight forward hard rock. Bass driven with a more turn in a darker more melodic direction. King Crimson and Alice In Chains are both bands I am fans of. The vocals are what makes it Alice In Chains like. Those harmonies you can no layer with out intentionally knowing you are going for that sound. At their weirdest Robert Fripp is not in this band so they can never really pull of what King Crimson does but in their more abstract moments that give it the good jazz try. This is felt going into the song "Electrical Sickness". Their bass play does not use a fretless and offers more balls to the equation than their normal guitar sound.

"Wraith" is an interesting song. I like that is is some what soulful and dark. It wanders a great deal with angular melodies. "Ophidian" is a little more dissonant. The vocal floar over it in a higher register. "Nightmare Conspiracy" seems to have cool lyrics but the bob and weave around the chaotic part riffs.. Dynamically it builds into a heavier mood, withut being overt metal. The angular operatics of "Waltz Dystopia" feels more like something Devin Townsend would do. The title is the most fitting as it is in waltz time.  "Ambivelent I" finds the bass doing most of the work yet again to keep things heavier than just rock. There is a dizzy feel to this song that refuses to find an actual groove until it dances around where most rock would go sometimes converging down into a palm muted chug. "Acid Crown " kindsa feel like an extention of the previous song, until it finds a darker pulse and a sax is  running over it which gives a different sonic texture which is what this album needed.

The last song is back into a more King Crimson direction, The chord structuree owe more to jazz than rock music.  I will give this album an 8.5. They are good at what they do, though the Alice In Chains harmonies can be heavy handed. This album is on the more obtuse side of prog at times. The put a great dea of efofrt into this and genrally pull every thing off . If you are into grunge and prog then this will be your jam for sure. Season of Mist drops it October 9th.