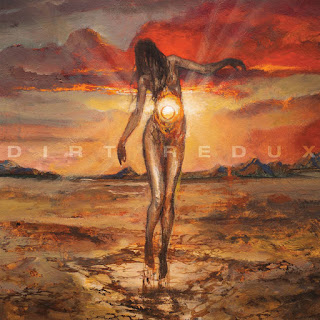 Thou opens this track by track tribute to 'Dirt". It is pretty much what you would expect for them to do . Harsh vocals with sung vocals lower in the mix. The sung vocals are kinda pitchy. They however do a much better job of capturing the feel of the song than the bullshit Low Flying Hawks try to pass off as "Dam that River". I mean why did they even waste everyones time. It is total garbage. Normally I can find one redeeming aspect , but I question if these guys even know how to play their instruments. High Priest redeems things with " Rain When I Die" . The tone is really burly.  The do a pretty spot on job. It is however not as impressive as Khemmis who strikes the perfect balance of adding their own touch while nailing the song.  These Beasts have a more aggressive take on "Sick Man" that is more punk in it's intention. It still works once they get into the thick of it.

I can understand why Howling Giant got ever one's attention with 'Rooster" . As a song it was my least favorite on the album., but these guys took an Atomic Bitchwax approach to their bong heavy version and it is impressive. I mean these songs are such classices you have to take this kind of approach. There is a more sludge like treatment given to "Junkhead" thanks to Forming the Void. I like what they do with the vocals. Things get even denser with Somnuri's cover of the title track. The hit it pretty square on. Back Woods Payback does a much btter job than expected with "God Smack" despite some of the vocal straining. (16) nails at heavier version of " Hate to Feel" Vocally they pull this off better than I assumed. There are the more aggressive barked vocals but it works. The sing when needed and do not use the snrled vocals to compensate for not being able to actually sing.

Vokonis does a very interesting version of "Angry Chair". It's heavier but still lets you know they know what is going on. The best descision was to give "Would?" to someone who was not going to try to meet it head on, yet still gave it the proper respect. I do think they could have gone for the belted part to give it sometimes , but oh well I will take it.Not surprising this used to be Subrosa Even with that bullshit Low Flying Hawks tried to pull, I would just pretend that track doesn't exist and I certainly will do the same with that band. The rest of this is pretty great and gives me some new bands to check out.

Email ThisBlogThis!Share to TwitterShare to FacebookShare to Pinterest
Labels: (16), 9, Alice in chains, Khemmis