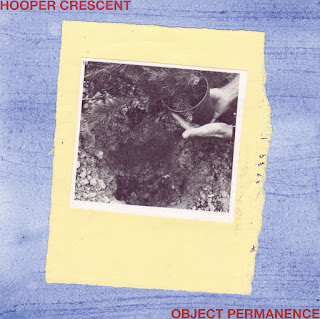 There is a lot going on despite this being pretty straight forward to the point of almost being just rock n roll. There are elements that sound like Brit pop. I think this comes from these guys being Austrailian. There is an clangin jangle to the other wise retro guitar tones. It reminds me of the very early punk, before it became what we think of it now and it had more rock n roll roots. Though things like synths sometimes color the songs and give it more of an 80s new wave feel.

I like the bass line to "I Fell Backwards' but after three listens the song just breezes by and doesn't grab me. By the time we are at 'Constant Fascination it has gone so British it's become a stoned mod picnic. Almost too cheeky for it's own good. The odd angular nature of the guitar offsets the hippy happy vibes. This is about as 60s as it can get. They are better at this more mellow sound with a touch of Who like prog. Much like "I Fell Backwards" there is another cool bass groove to " Logos", The problem is the bass is too low in the mix. Instead we get tinny mid range guitars in our face. By the end of the song the guitar locks in better.

'Sour Fruit' is almost too happy for me. The they get into a mathier riff for 'Two Hour Park" that is more Gang of Four , but with less bounce in it's step. It works much better .There is a little darker more somber mood to the last song.. I think this also makes it my favorite song from this album. I will give tis one an 8.5, the peppy nature of this album makes it something I might not normally be drawn to , but they are good at what they do so I will give this album an 8.5