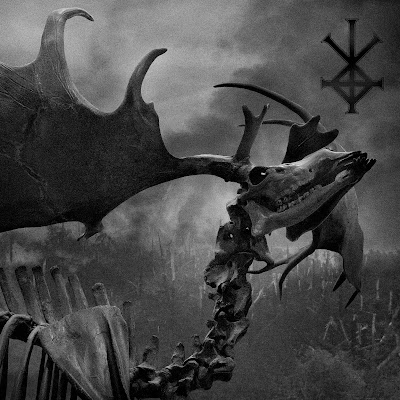 Takes most of the things I like about death metal into mind. Most importantly this are dark. This is very well produced . They layers of atmosphere the angular riffs ring out over has a great deal of clarity. They are Polish but not trying to be Behemoth, though they are a slight influence on the big riffs. Ulcerate would also be a reference point thought they never get as caught up in the math of it all. The riffs of "Combustion" have more crunch to them. They are even more massive than the opener. The vocals which are a guttural rasp that is still discernible, keep a similar cadence in their narrative.  They song winds its way into more of a chugged throb. This pulse has hypnotic feel to it which is where black metal and atmosphere death metal meet.

These guys are smart song writers able to take you on a journey without having to drag things out past the nine minute mark. There is a chilling dissonance to "Let the Earth be silent". The blast beats bookend the slower grinding riffs. They offer more in the way of vocal colors on this song as well. Thing seem to get darker with each song like you are being taken lower into the underworld. On "Distant Daylight" it also feels like they are beginning to also take on a more uniform sound. The guitar ring out in too similar of a fashion. They bust into "Aberrations" with more of a blast. This smooths out into more of sweeping gallop. Not for long as they are quick to return to the blast beats.

The album closes with the title track. It has a little more groove until the blast beats come in and return things back to their natural order, though with some ebb and flow. They are not pure blast beats and use them in waves, but even then they have begun to get a little old by this point in the album. They do make their way back to a catchier blend of riffs  Sung vocals that are a low choral like chant come in , but it's almost and after thought..I'll give this album an 8.5 as I have missed this kind of death metal.
This album comes out October 26th.