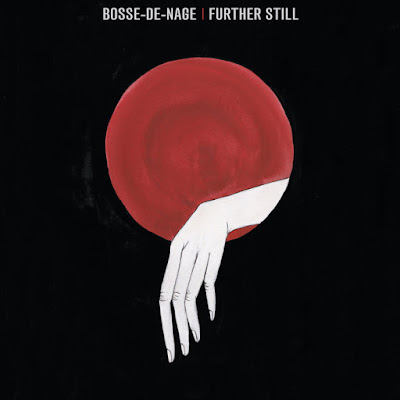 The opener starts off with a frantic blasting chaos that sounds like the drums were being tossed down a flight of stairs. Then it smooths out into a more deliberate pounding. The vocals are screamed but in more of a punk manner. There is nothing black gazey about this album it's more like hard core with a touch of black metal. Keeping with punk song writing the songs are short and to the point rather than sprawling ten minute drones. The vocals remind me of some of Converges more coherent moments. The first actual lyric that catches my ear is something about debasement. But if you have read my work with Cvlt Nation this should not be a surprise. "Crux" does little to change my mind about the conclusions the first two songs brought me to though I like the more dynamic trade off of tension. It hits me like more of a hard core trick than black metal. So from this point on in the review I am going to avoid referring to black metal altogether.

"Listless" opens up more sweeping sonics before things get nasty again. This going to be the hard core record that all the hard core kids are going to sleep on.The bass tone on this album is generally on point and I like the fact that it strays from the typical metal tone, which I guess it should since this is a hard core album. "My Shroud" really high lights this fact with it's atmosphere. When their drummer isn't throwing his kit down the stairs he really kills it. Though they begin to get mired into the speed of things. They don't let up on "Sword Swallower". There a few pounding accents and I'm waiting for a breakdown.Sure it's mean, but I know these guys can do more as song writers. "Vestiges" picks up pretty much where the previous song leaves off.  Two minutes thankfully there is some trade off and the bass holds things down.

They go from fast to faster as they close the album with the uber intense "A Faraway Place". It works just off the merit it's so in your face, which is a lot for an album that is so aggressive and driven. This album doesn't take as many chances as "All Fours", but it's about par for the course in that regard when it comes to hard core. I'll give it a 7.5 as it's a little one dimensional, but if I went into the album expecting hard core then I might have rounded it up to an 8.