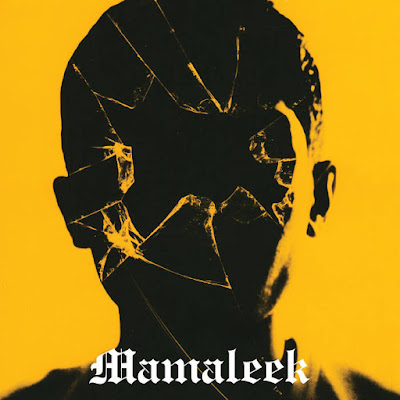 This album is so weird , the boundaries of these songs is loose . I found myself on the third song after having no clear definition where the first two songs began or ended. It is a darker form of post-rock clouded with angular gloomy and vocals that moan and growl. They are never really the focal point for of a background narrative. The guitar is mainly clean and almost jazz like. "God is the Irrational Number" comes out of it;s dreamy guitar drift with a swirl of effected vocals hypnotizing you. The used of more aggressive vocals just feels like some one is being driven crazy rather than roaring at you like a monster. This approach might be more unnerving as it sounds more like someone walking into the studio and cracking. The guitar playing is not metal , but it is polished. In fact there is not much about this album so far that actually is metal. Things get tense at times but not heavy.

Their is a little more growl to the narrative on "Recompense is Real". Its more like a growled spoken word as it's not following the beat of the song. Then is left to rant alone when the music drops out. I like the more sweeping dynamic build that comes after this and how the tension darkens it. This brings what might be the album's first metallic moment. "Doomed Beast" almost sounds more like a heavier take on a Tom Waits song. The guitar continues to flow smoothly under the organized chaos being called a song here. There is more of a groove to " Out of Love" ,but the weirdness plays against it until flowing into a bizarre middle eastern atmosphere. These guys get credit for keeping me guessing and having a dynamic range of sounds. "Where Is My Friends House" starts of strong with an undeniable groove that they give over to atmosphere. The lyrics all seem to be very abstract as well. This is not metal at all, but what it is could be hard to lay a finger on as so many odd elements from jazz to post-rock are colliding.

Sometimes the odd pairings of styles are more effective than others as I question the funk of "My Master, My Father, My Author". It just breaks the dark and surreal mood this album has already established. Things begin to fall apart as the weirdness eclipses what made these songs work on "the First is Last" . "Almost Dead Dog" has a more melodic emo feel to it's dreamy sway. "Absolute Knowing" sounds like something from a Faith No More album even with the more gurgled death metal vocals. It does conform to a more traditional song format, instead of just wandering around. The last song is pretty much just an instrumental outro. I'll round this album down to an 8, as some of the noisy parts detached you from what was really going on, but over all this is a pretty dark and adventurous album.

Email ThisBlogThis!Share to TwitterShare to FacebookShare to Pinterest
Labels: "Out of Time", 8, album review, avant garde, Mammalek, progressive, the flenser