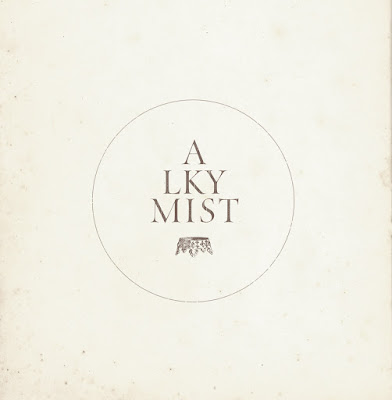 While they are being called doom, the first song on the band's self titled debut reminds me of a cross between Godflesh and Neurosis. I don't think all doom bands should owe the totality of their existence to Black Sabbath. I do think the difference between doom and sludge lies in the sense of mourning , where sludge has a dirtier more apocalyptic chug to it, that is being displayed here. I'm just working off my first impression of the opener so maybe their entire families get killed before the second song and the album takes a more despondent turn. I can also hear some Crowbar influence in the grunt of the vocals . Midway into the song the bass line does lurch into something darker that comes closer to doom, so they did not need great loss in their lives to get their in time for the guitar solo.

The second song combines a great deal of other elements all carrying an oppressive crunch and meeting somewhere between doom and sludge. There is more melody and atmosphere to "Myling" which retains the hints of Neurosis , but also couple with shades of 90s metal if we are talking Type O Negative, not the band's goth side, but the heavy crunching lumber.  The more Black Sabbath side of things begins to stir on "Paradise". The vocals are almost like My Dying Bride, but not gothy. They eventually go back into the throaty bark that has been their primary function thus far. The vocal colors on this do shift. One such change occurs midway into the song.

"Serpent" started off more Pink Floyd like. The vocals take on a more Amebix feel as the over all sound has that more dystopian crust feel.You can here how Killing Joke also influenced this brand of music. The guitar tone is much cleaner  here and the atmospheric elements are very organic. The roar of the vocals is much more Neurosis like as they sit against the heavier modulation. It's a pretty impressive display of pounding. I'll around this down slightly to am 8.5 , due to the fact this is obviously not the most original thing going. They still manage to make this their own despite that fact and that says a lot so if you are looking for a new sludge album this should be your jam.