Cvlt Nation Presents : the Misfits' "Walk Among Us" 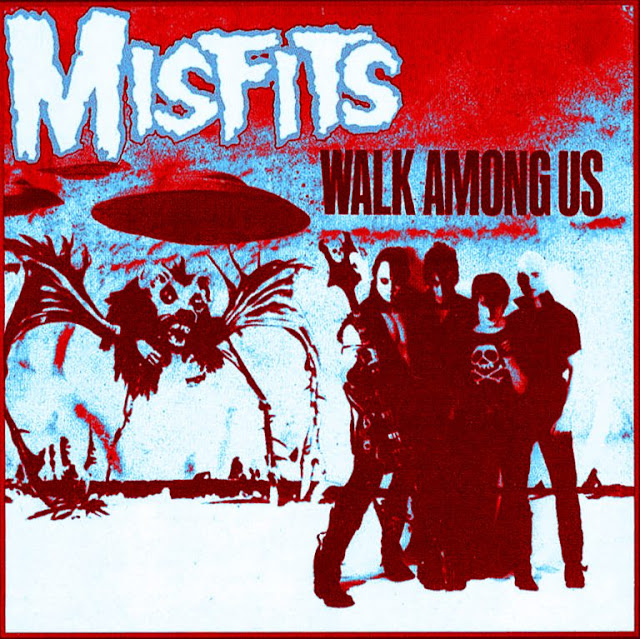 Here is another installment of Cvlt Nation Presents. In the past they have given bands the opportunity to tackle other classics by bands like Bathory, Black Sabbath, Joy Division and Black Flag. Here the Misfits are paid tribute. An album like "Walk Among Us" I grew up with so not only know the songs like the back of my hand , but just as attached to them. The more sung portions of "20 Eyes" are better than the more screamed hardcore of "Hellkeeper". The vocals for Wraith's cover of "I Turned Into a Martian"gruff but a closer step in the direction of the original. The play a very streamlined yet raw version of hard core. Paranoid has a more manic and blow on out version of "All Hell Breaks Loose". True Love starts off with an more industrial pounding before throwing themselves into a lo-fi black metal take on "Vampira" . I guess they get props for staying true to who they are , but the essence of the song gets lost in translation.

The vocals seem to be the sticking point when it comes to most of these bands. It's not like they are being asked to sing something with a croon as demanding as "Mother". Bleach Birth lashes their way thru a rowdy swing at "Nike A Go-Go" . This is still better than Casket Huffer's butchery of "Hatebreeders" . The production quality of this is so lo-fi the notes of the guitar are just garbled shards of distortion under the gurgled death metal vocals. The blackened blitz of "Mommy Can I Go Out and Kill Tonight" suffers from much of the same problems many of the other songs do . Punk rock was always a rawer and angry take on rock, but The Misfits could play there instruments. Glenn could sing, but it's not like you are being asked to replicate Iron Maiden, punk rock is pretty easy to capture and maintain the integrity of the songs. Bleach Birth does better with "Night of the Living Dead". You can still hear the skeleton of the original, which is all I am asking for.

Beastmaker's version of 'Skulls" is the best song yet. They show you how it's done.They still managed to be true to who they are as a band. Then we are back to more feral attack this time from Black Tomb who at least gets the guitar parts right. Bleach Birth is back once again with "Devil's Whorehouse" it's another decent take even with the vocals that are more screamed than sung. I have not been impressed by what I have heard from Dreadlords in the past so I was curious if they could change my mind here. Not really the vocals sound like Nick Cave if he was 80 years old and out of breath trying to sing this. Musically they are a little rough as well, but come closer to getting the notes right. The vocals are not really in key so that makes it hard for me. I need you to sing in key if you are going to sing. False Light closes things out with "Brain eaters' which is almost more of a grind core take on it.I'll give this a 6, the Beastmaker was hands down the best moment, but there are other interesting covers , if you like punk that is on the more lo-fi and raw side then you might be less picky than me on some of these tracks.