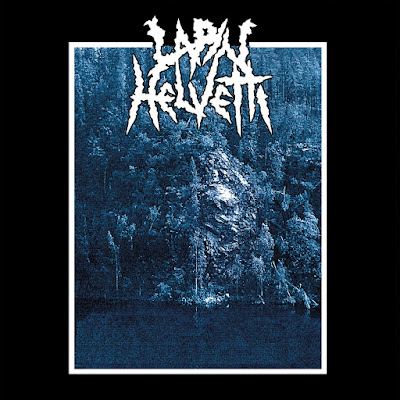 Finland has some funny ideas about hard-core. This band manages to rip off not one but two Metallica song's in the opening track. If you don't hear "Seek and Destroy" and "Creeping Death" both show up you don't want to hear it. Vocally their are some snarls that remind me of early Cor-mags. While they are camped out at the place where thrash and hard core used to drink beer in the 80s, they are decent enough musicians. The bass player probably the best of the bunch with some pretty cool runs coming off some of the these riffs. The second song doesn't grab me like the first did, it is also less metal, so that might factor in. They regain some of the more metallic elements on the third song which is darker.

"T.t.k" delves back into the more hard core side of what this band does. Needless to say this is also the more straight forward side of the band as well so not always my favorite. After this they return to a more metal sound with a Black Sabbath like gallop. Then for a minute they go into something more long the lines of Motorhead, but this is the exception to the rule as they normally have a more thrash like attack. To the point that heading into the second half of this album many of the songs began to sound the same. Sometimes they have a cool break down that jumps out of a song like"Rajalla". They also have more than enough guitar solos to go around.

It's the more head banging groove moments that make me take notice. When they start racing away and relying on speed it tends to sound sloppy. This is not really what could be called d-beat, though fans of that will be able to connect the dots and find things they do like about this as D-beat is rooted in thrash and punk. But this is not worshiping Discharge or Entombed. All but two of the songs are under three minutes so they comes from their punk side. I'll give this a 7 as they are good at what they do the question is do I akways like what they do?