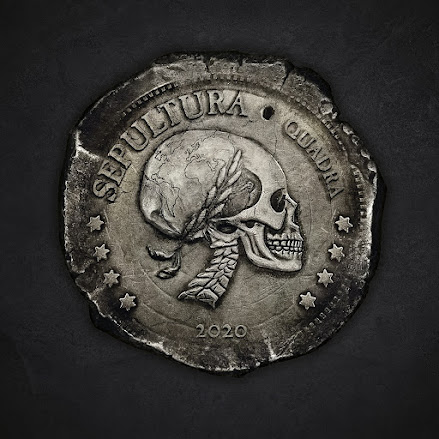 Someone on a Mr. Bungle fan page who called "Raging Wrath of the Easter Bunny" the best metal album of the year, suggested this was a close second. Either he has a  keen ear for meh or is he onto something, well before I finish my end of the year's lists I better check. The first song seems like a rip off of Testament's "Over the Wall", I guess if you are young enough to not have heard this sort of thing when it came around the first time it is easy to be fooled. The first song is pretty typical of  a great deal of other recycled thrash . There is little to it that actually sounds like Sepultura. This could be any metal band. The bassist and guitarists are the only original members . Max's voice helped define the band and this Derrick guy has always been mediocre. He doesn't have a distinct personality to his voice and is like saying "Ok, insert generic metal vocal here"

The second and third songs do not find them coming any closer to solidifying a personality for themselves . I call the songwriting on the first to albums without Max to have been better than pulling from the grab bag of stock metal riffs . Yeah they are playing fast. I got a hundred black metal bands in my computer who do faster better. Even when it comes to thrash Testament's new one smokes this so far , the why I need this album in my life is not yet answered. He doesn't always try to sound like Chuck Billy sometimes he does more of a Anselmo impersonation. But there is a new Scour album out. The begin working in more traditional Brazilian elements going into "Capital Enslavement". Aside from the sequencing being weakly mixed this is really the first song that is worth a shit.

"Ali" finds them back to being a Testament tribute band. They are however better at it here than on the first few songs. Ugh 7 more songs to go, going to need more caffeine. The riffs improve on "Raging Void" . The rule here however is "Cool riffs alone does not a good song make". There is actual singing on this one. "the Pentagram" finds things becoming a little more interesting. Normally not into instrumentals and most guitar solos are boring , but they keep my attention here. Can the rest of the album? Well only for more songs. Yeah the Chuck Billy impersonation continues on "Autem" , but it's a little better than some of his vocals earlier in the album.  Generic metal vocals ? Um, yeah but a little catchier. 'Agony of Defeat" we get a 90s metal band power ballad with the emphasis on power. Devin Townsend would be proud. The last song features Emily from the Brazilian band Far From Alaska , who is the Dollar Store version of Ash Costello. I will round this album down to a 7, since the bar should be held higher for these guys since two of the members did play on great albums like "Roots" , "Chaos AD" , "Beneath the Remains" and "Arise" all of which smoke this well made yet very generic album.