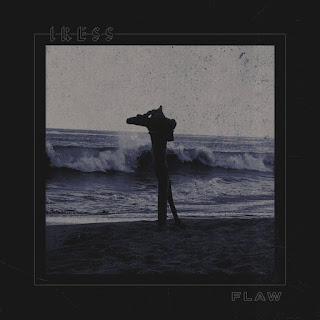 I had been waiting on this album to pop up and waited so long I forgot about it. The first song is dark , yet soars . A little less blues based than King Woman , but in a similar realm, less doomy and more post rock gazing due to the spacious sonic scope it encompasses. I have already given this album a few spins . There is more of a 90s rock dynamic contrast to the second song. Their singer Michelle Malley ahs a wonderful voice that is full of emotion. She capable of softer delicate singing or belting it out . Her softer side shows up on "Dark Love" that finds them joined by cellos. This is more ethereal and wanders around in the atmosphere. I prefer the songs with more punch and percussion. But I their need to express themselves in this way.

Two and a half minutes into "Shallow: the get to that place of punch and percussion. She also allows her voice to crack into a howl. It is almost Swans like in the way they paint with this shadowy grace. "Thieves" is one of the best songs written this year. I was telling a girl of interest that this would be the song to play if you were going to take mushrooms and have sex. I will get back to you on how that works out in January. It has a very slinky smooth groove. Yeah I like to have more sensual music playing when I am beating someone's ass raw. That is not a metaphor. It might not be their intention to ooze sex with that one but it is what I got from it. I also have yet to masturbate today so it might be going to my ears and causing me to hear that.

The throbbing pulse of "Wolves" is not taking you to any darker corners , but the melodies caress you in the right ways . The last song is a stripped down and emotive take on folk. Her voice is allowed to crack with the raw emotion. I approve.  I will round this one up to a 10. If you like the doom folk of Chelsea Wolfe ,but want more of a shoe gazey vibe this was made for you.