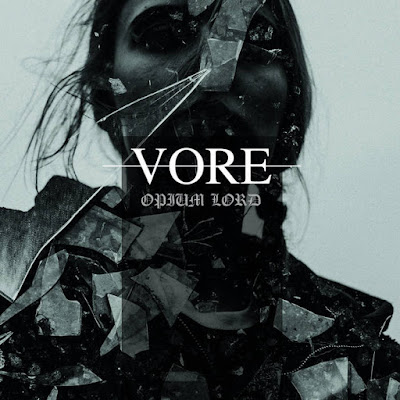 The Brits are busting out a lot of doom these days. There are moments of post rock angular ambiance set against more hard core like screaming. At times they are like Eyehategood with more doom. "Lead Magnet' is one such moment. The production might not be the greatest, but I appreciate how they still manage to layer the guitar sounds,. The are pretty skill with these dissonant riffs you can still nod your head to,. The guitar tone is dirty and sludgey, but some of the more monolithic riffs have a doom like darkness to their oppressive heaviness, "Centurion" finds the band capable of pulling one one riff more crushing than the next at every turn. Though it also seems like these guys were in hard core bands before they started doing this as the drumming has touches of Fugazi to it.

"Suture' is darker , heavier and closer to doom, but I like the previous song better. Not that there is any thing wrong with "Suture" it just plays it safe and stick to it's brand of heaviness. "Sherwood is Connector' sticks to a similar game plan though it might go in more doomy places. By the time we get to "Columbia" it feels like the band is leaning more into the Eyehategod direction. There is variation with a guest vocal. There moment of creeping tension are darker and more interesting. When they just focus on angry and heavy they lose some of the elements that make them who they are.

There is more of a sludge vibe to "the Gift" . The general mood is more punk in tone so they fall more in the sludge direction. The doom comes only at their darkest. This one ends getting heavy as fuck. The vocals are generally monotonous. I will give this album an 8. I think they do bring new ideas to the table and with a little more love in the studio and attention to detail in the song writing depart their next step could be exciting.