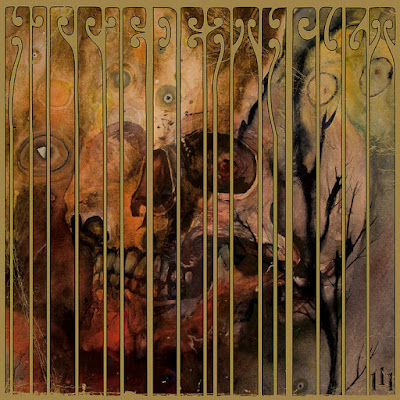 The key selling point of this band to me is their singer,This guy is fucking outstanding as  he encompasses a great deal of dynamic range while retaining a bluesy sound. Phil in Down could be a fair comparison, though this guys can back off into a smoother rock sound. Not saying that Phil can not do that, this is just not as a overtly metal sound having more in common with Thin Lizzy though with more colors to his voice.  The first song is more Sabbath like with "Unborn' going off into Deep Purple tinged prog. They go off more into jams here. "Pigs" is more of a boogie. Yes, Sabbath has moments like these and those are not doom either.  It is not until the middle of the song the singer gets to use something other than a whiskey tinged blues belt.

"Treehugger" is more melodic and give him room to open up and sing again. There are the Sabbath like riffs as well , so they can do this without turning their backs on their heavier side. The bass cuts through on this one and is Geezer influenced in that is remains melodic without following the guitar parts. The vocals have a call and response dynamic with themselves. The singer also lets out some harsher Pantera like screams . The last song things get much more Sabbath like, leaning into the heavier side. The melodic section three minutes in reminds me of how Sabbath uses a similar dynamic on songs like "Fairies Wear Boots'.  The vocals are not allowed as much singing room, but do keep from falling until just a straightforward belting. They guitar also has more of a a metallic attack, reminding more of Sabbath's "Born Again" album than the Ozzy years. The Pantera screaming becomes a thing again as the song builds.

The last song and perhaps the second song are the only two that fall under more conventional realms. There plenty of things like guitar solos to keep most metal heads happy. There is more proto metal to the riffing, the singer is what really sets these guys apart . Sure there is a little Ian Gillan to his voice at times, but that is better than another half ass Ozzy imitator.This album is a solid 9. Will be searching for a down load of it for sure.