Abigail Williams :"Walk Beyond the Dark" 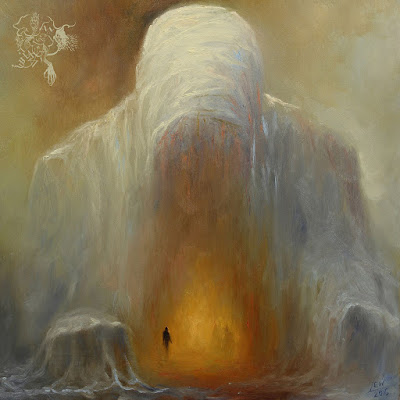 A great deal of solid stuff is coming out late in the year. I listened to this album several times today which is a good sign. The first song is well done , but falls along the lines of what you would expect from them , almost more like blackened thrash. I appreciate the lack of reliance on blast beast. The drummer actually plays better when not doing them, From a song writing perspective, which songs are what we care about here, the second song "Sun and Moon" is more well written and has a greater range of dynamics, where the opener is more straight forward. It's both dark and melodic which are two things I always want from music. There are more vocal colors and two and a half minutes in when the blast beasts do come I am fine with them . They have already shown me , they do no need them to do black metal.

"Ever So Bold " has some melody in the guitars, but sounds more in line with your average black metal as it is more blasty.  'Black Waves " is a song that excels at giving me what I want even more so than "Sun and Moon". There are more varied guitar tones and a touch of strings to add elegant atmosphere to the shadows.  Sung vocals also join in. The main screamed vocals are kind of a static one trick pony that could use more range so these touches are needed. Breaking down into the bass line and strings is a wonderful touch. The album can become a tug of war where they fight sounding like every other black metal band. There is a few touches of atmosphere but a song like "Into the Sleep" is largely full blast ahead.  I prefer the darker touch of "Born of Nothing".

After the strings opening the song, it's four and a half minutes before sun vocals come in and things begin to deviate. They go in a more doom direction, with the lower growls echoing off the sustained chords. It's an 11 minute song so there is plenty of time to case around all sorts of ideas. Some art though I feel the previous song does more in less time.It's a pretty solid effort that is easilly given repeat listens I will give this one a 9.