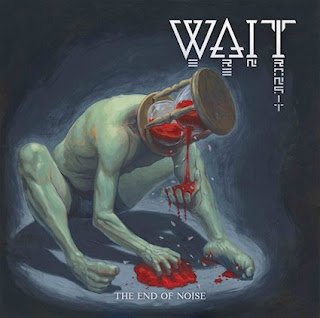 I have no regrets in regard to things I have said about djent here. Most of it sucks, and I once like Meshuggah, I just do not need to hear their riffs turned into nu-metal or some kind of emo pop. These guys learned from the mistakes of bands that came before them as well as having a wealth of experience from playing in some pretty note worth bands like Cynic, Defeated Sanity and Sabbath Assembly. I was surprised by the vocals of the first song were sun and did not go in a death metal direction, making this more progressive, the death metal vocals do come in the second song, along with some adventurous guitar solos. These guys have a great deal of technical refinement and shift through time signatures like you know who, but still care about songs.

There is a marginally more mainstream metal sound on "Lone Presence Supreme". The vocals have more hook on the song that follows this one, the ever-weaving grooves in this twisting maze of riffs does dazzle the ears a bit but by the time we get to the fourth song, it is clear that even in this more progressive approach formulas can still fall into place. They veer from this for the most part with the more deliberate "End of Noise". There is a jazzy middle section that the solo sits in. Rather than ebbing back and forth the entire second half of the song is death metal.

"I Climb Downhill" is the album's most Meshuggah moment, though the vocals being more tortured, and less drill sergeant help to hide this fact a little. There is more of a melodic dynamic to the last song. It features the album's best sung vocal performance. There are some harsher vocals, but they are less frequent and not really the kind of predictable good cop bad cop thing. The varied vocals on this album are one element that does separate them from the other worshipper of Meshuggah. This album is really well done, and despite the fact this would not normally be my thing, they won me over so I will give this one a 9.  This comes out February 11th on the Artisan Era.