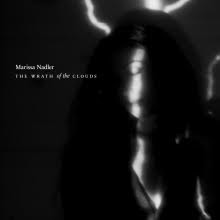 This EP consists of three unreleased songs and two covers. The originals she had forgotten about during the "Path of Clouds sessions", She went back into the studio and emerged with this. It splits the difference between the more atmospheric tone of her early work and where she is currently at with a more layered sound.   It opens with the ghostly drone of "Guns on the Sundeck" which is written from the point of view of the ghost haunting the Queen Mary Ship. Given the context, it makes sense why it lulls you into the dreaminess. There is a similar take on ambiance though it flows more thanks to the percussion of the song "All the Eclipses". Black Mountain's Amber Webber joins her voice with Nadler's . Lyrically Nadler has state it is supposed to feel like describing the after math of a fire. I can hear how it should feel that way and the song is more tangible than the ghost that haunted the first song.

'Some Secret Existence" is a little darker. I like how her voice is layered. She has really gotten comfortable in the studio and while the dreamy siren sound has gotten more popular in the past decade, she has carved out a place for herself that is very much her own and not too much like any of her peers in this regard. Then come the two covers. The first being a cover by a more obscure country singer Sammi Smith. Nadler keeps a great deal of the original's smoky groove. It is much closer to the original than expected and very fitting for her voice, which she comes out from behind some of the reverb and ambiance she normally allows herself to sit back into.

The second song sees a theme developing as it is a more obscure song from the 70s. Once again, she comes close to the original, though it is safe to say her version has perfected it as the Alessi Brothers were not really even one hit wonders. They would have been the equivalent of a Youtube star in the disco scene. There is less disco and it sound more like 70s country when it hit that really weird slick radio crossover feel that feels like California lounge music. But it works for her.  I will round this up to a 10 as it works really well, and she made the covers better than the originals.