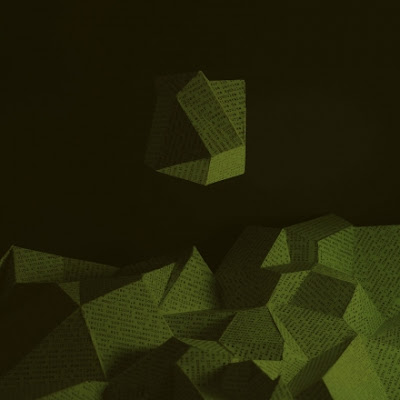 This Swiss band blends the raw attack of noise rock with the heavy oppressive weight of sludge. The punk roots are always known. The throaty yells of the vocals that open the album and the rest of the music gathers around it in a very dark and discordant fashion. The second listen through this album finds it all making a bit more sense though the first listen I was still pretty impressed. It is always a little weird when the drummer is handling the vocals. This explains how they are placed when the pace picks up on the second song. "Maudissements" finds sung vocals coming in which are debatable as to how in key they are, though with all the dissonance going down in this song, tuneful vocals are the least of the worries as they are busy making unsettling sounds.

Things click together in a more cohesive fashion but with more of a old school Neurosis like menace when they crash into the brooding sonic storm that is "Ravenous is the Night".  There is more metal to what they do here and less of the angular noise rock ghosts haunting this one. They are not afraid to build things up into a cacophony of sorts. There is a tension to " Our Words Born in Fire" that drones rather than gives the more typical metal release you expect. Yes the vocals are howled with a fury but otherwise they use restrain by not giving you the aggression release you are expecting. By the time we get to "Fear Overthrown" it feels like we are hanging from the same cliff waiting to jump until the dynamic ebbs down, the vocals are very similar to those of the previous song.

" A Celestial Funeral" is more chilling but also very Neurosis like, this could be said for many bands of the genre so I do not hold it against them, however not as inventive as the last song which includes ghostly female vocals that create a more Chelsea Wolfe effect. The drummer sings more on this song and croons a little better. I will round this down to a 9 which is still going to be better than most of the sludge you hear this year. I am only rounding it down as sometimes there is a uniform aspect to the sound, but over all a compelling listen. This does not come out until February 25th.