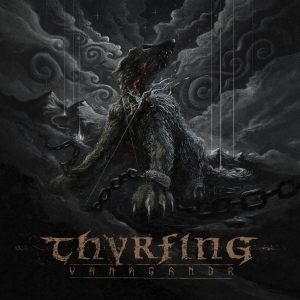 This Swedish band has been kicking around the black metal scene since the mid 90s.  This is their 7th album, so not as prolific as some. Only two original members are intact their bassist who started a the drummer and the guitarist. To their credit they do not cling to closely to the Dissection legacy of Swedish black metal , they have more in common with them than some of their other country men due to the highly highly melodic nature of what they do. They have a very big sound, and the album is very well produced. The title track has more of a "pagan" touch to their sound. Which along with great drumming helps form their identity on this album.

The clean guitar tones work well to help distance themselves from sounding like every one else.    I also like the fact you can hear the bass. Often the gallop has a more power metal thrashiness to it that is off set by the scowl of the vocals. More accessible than their earlier more black metal albums for sure. While I do like the sounds they are layering on "Jamhand" I do not feel it is as well written as the previous song. But this is only marginal and your average metal head might not even notice. There is a more theatrical flare to "Hag och minne " for a;; the LARPing they might try to do, if it was not for the riffs there would be nothing to play Viking with. The spoken parts are not my favorite but the overall  feeling of the song works. The sung vocals are layered in the background.  I believe these guys are more closely related to Vikings than Amon Amarth. Regardless, what I learned from this song is the drummer is great.

A few blast beats show up here and there, but they are contrasted by a wide breadth of sounds so it never sounds like they are just falling back on them.  However it is when they slow things down to a more deliberate pace on the last song that they become more interesting and melodic while still brooding ,dark and heavy. Sure this is a Dungeons & Dragons feeling album, but it is still really well done and heavier than most, black metal for people who normally like power metal, I will give it a 9.