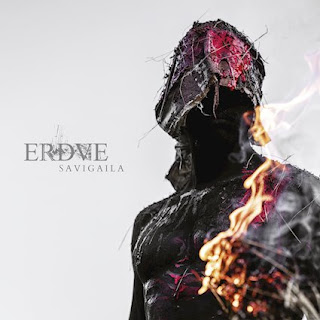 If you have found yourself complaining it is hard to find music that is heavy enough for you these days then this band has got you boo.  There is more to this than just punishing your ears, there are some layers of eerie atmosphere to set off the breakdowns. You can have music that is blisteringly heavy and still care about the songs and make it well yes, catchy. The band proves this on the sludge ridden riff to the second song that will have your neck moving with it's throb.  Another thing I like about this band is they go to show that tormented vocals do not have to be a one trick pony. There can be dynamics. There can also be drone which contrasts the in your face hyper aggression of the first two songs as heard on "Votis". Normally a droning piece like this might feel more like an interlude, but when used in context of the two previous songs it's languid dissonance is what the album needed.  That is not to say the album does not have other noisy interludes that are just harsh noise for the sake of it as it does this excursion s just more worthwhile. Granted in the context of an album not sure how it stands up on it\s own if it happens to pop up in shuffle mode.

The snap back at your throat for the more hardcore pounding of " Betonas" . They do not stop there and bring a death metal heaviness to sit against their hardcore attitude on "Bendryste". They song after this is a little too indulgent in it's heaviness to the point of becoming grinding noise.  This is not a prefect album and some portions might need to grow on me, but I think for a band this heavy they are not overly encumbered by the weight of their sound. I really appreciate the shoegazey "Pragulous"" as it shows a much more melodic side with sung vocals. It is kinda like the sort of Deftone-ish thing my wife normally  listens to. They do not go as easy on you with the title track that follows, though even then they let up for a cleaner guitar tone ,midway in.

There is an impressive stomp to the last song. It hammer with a Meshuggah like bounce to the verse riff, but feels more like hard core. They throw a little more of a death metal vocal in and it holds up with the rest of the songs. These guys deserve a 9 for sure, this album was heavy as fuck but still a fun listen , it was not like I was just having my ears tortured but emotionally charged explosive songs.