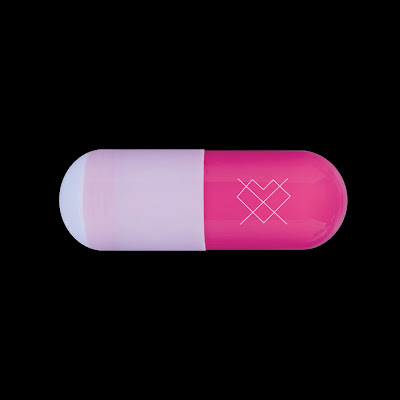 This duo from LA takes the Halloween trapping of gothic dark-wave and pairs it up with some pretty banging pop beats that have drive to them. This is layered with sugary sweet female vocals not unlike Chrvches. Lyrically their is more an edge looking at the underbelly to the City of Angels, with lyrics looking at drugs and mental illness. Though in an almost cartoonist way. The smooth 80s inflected grooves begin to run together on "Your Addiction" with the more whispered vocal on the verse the only separating it. The frequently synth arpeggio patterns do create this more uniform sound against he grooves. While this formula is infectious the deeper we move into the album it begins to lose a little of the edge it first delivered. 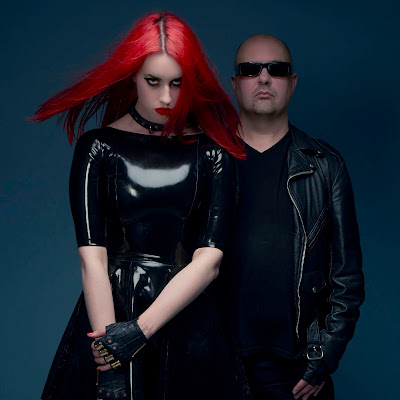 They get some of this back with more Nine Inch Nails influenced beat of "Candy Coated Suicide". Their vocalist might have a voice that drips with Lolita like sex appeal, but her range is also limited to this.This doesn't mean there is no sense of dynamics as they do capture a wider range than say the new Lords of Acid. "Therapy" finds the synths taking on more of the Stranger Things synth wave feel while keeping a pulse with more in common with the groove the Eurythmics used to use.If we are still tracing back this music's origins the slight disco feel of "Imaginary Friend" is not unlike Blondie.Granted this is Blondie through the filter of modern pop.

"Vampires" is marginally darker, I mean it would have to be that is pretty much a no brainer. Aside from that it does little to set itself from the uniform formula applied to the other songs. There is piano to "Survive" that provides a little different color , but it's the more aggressive beat that wins me over.This provides the kind of dynamic contrast these kids would do best to implement more of .     Despite this being a pop album posing as dark wave for Halloween in Hollywood, I think they are good at what they do regardless of the band wagons they may or may not be hopping on. I'll give this album an 8.5 and see how it grows on me.