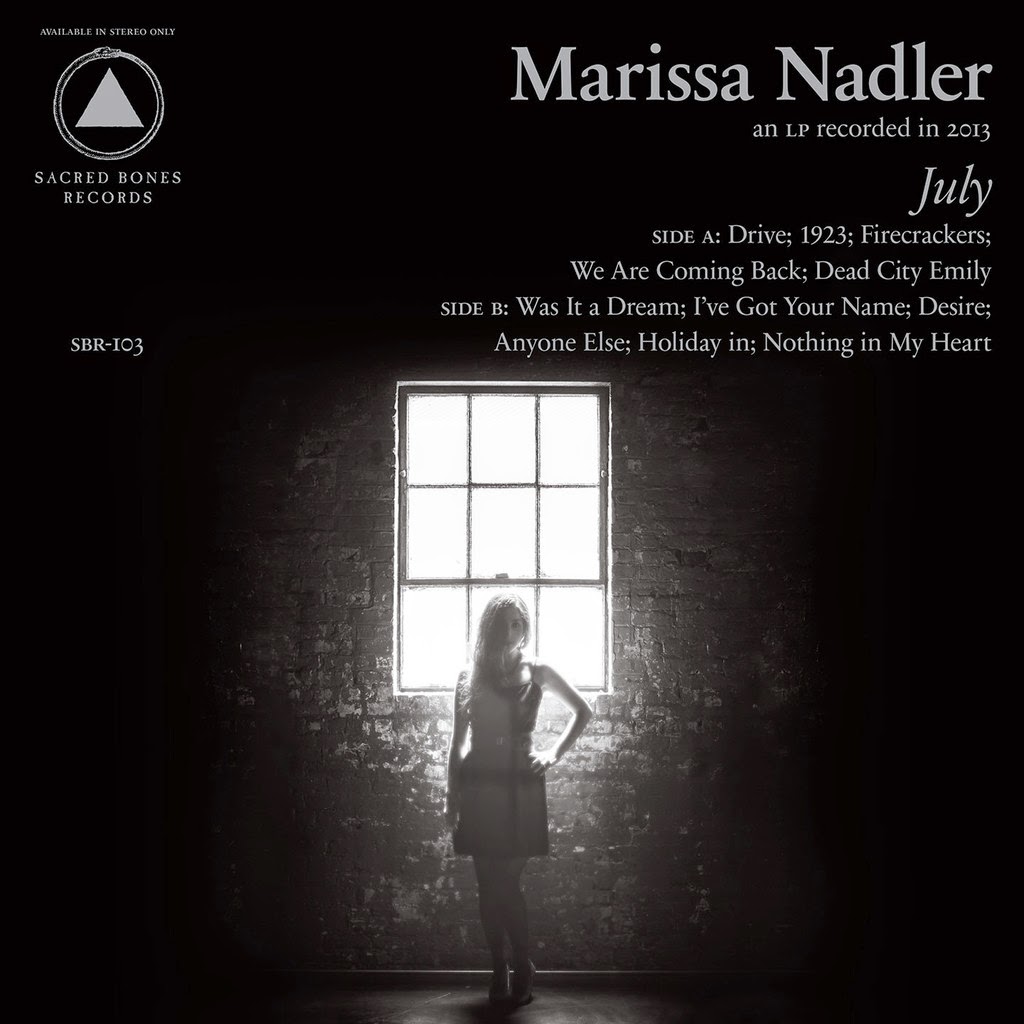 On Sacred Bones your first thought might be... they want another Chelsea Wolfe. Words like dark folk are also thrown around ,  leading you to believe they are in the same vein. This is only true in the broadest sense of what they do, but you could also compare Nadler to Lana Del Ray.  Marissa has been at this for some time she released her first album "Ballads of Living and Dying" back in 2004. She also has a metal connection having contributed vocals to Xasthur's final album "Portal of Sorrow".

The opener drive to me feels like dark dreamy country. Her subtle use of melodies grow on you. They hooks are laid back in the flow of the song rather than screaming "Here's the fucking chorus".The delicacy of what she does is spotlit on "1923" , where the chorus reminds me of  Mazzy Star or even Cowboy Junkies. This album sounds really good , most of the time she uses a very minimal accompaniment, but what she does use is very well placed in the mix.

Most of  this album finds her vocals beautifully layer, in a way that solidifies the Cowboy Junkies comparison.Her lyrics are most pronounced in the lower vocal, where the higher head voice floats above it. Her lyrics are more reflective than despondent or tortured. This is great rainy day music or a soundtrack to my first cup of coffee.

"Firecrackers" strikes me more camp fire country than folk, despite the strum of the acoustic guitar. It's an alright song, but I think her talents are better displayed  on "We Are Coming Back" . It carries more of her signature, utilizing the layered vocal harmonies that give these songs their most haunting qualities. The guitar lines are more of often than not pretty simplistic, leaving her vocal chords to the heavy lifting when it comes to holding the weight of the song.

The first single off the album was "Dead City Emily" and I think it paints a pretty accurate portrait of what Nadler does best. It might even lean more towards the ethereal side and away from the country undertones.
The simple guitar lines form drones and the drifting is really amplified by the swirl of sonics that echo into this song. 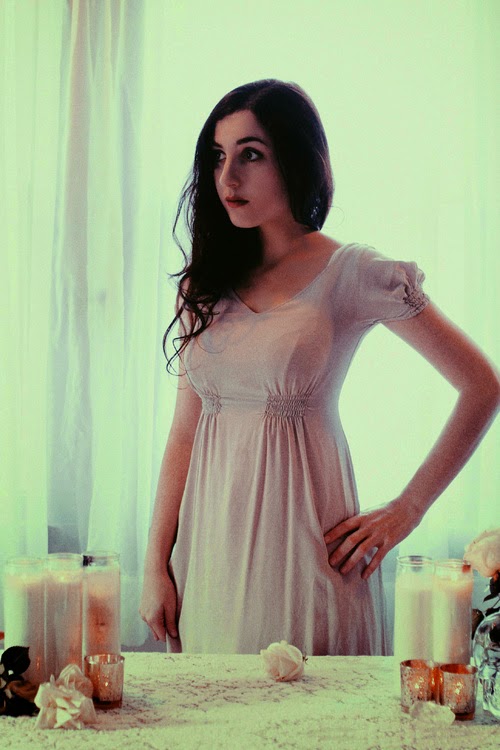 The most movement stirs in the strum of " Was it a Dream", which is a pretty flawlessly penned tune.The strings setting the background are a welcome element that makes this song stand out. The piano on the slightly poppy "I've Got Your Name" takes on a more morose Lana Del Ray or Norah Jones vibe. These are at times weepy break up songs, but not in the teen angst way that makes you feel like it's the soundtrack to a vampire drama on the CW.

The darker echo of  "Desire" returns to the sound that first drew me into this album.The regretful contemplation seems to be lyrically in the same vein. "Anyone Else" brightens it up a tad. This is mainly in the chord progression though her voice does take on a more Joni Mitchell tone until the familial layers of ghostly coat the over dubbed vocals. The lighter tone continues on "Holiday In" this one has a little more of a country twang hidden in it. It has also become evident that what you see is what you get here. There are no hidden surprises that jump out midway into the songs.They never veer into unexpected territory once the mood is established.

Despite the lyrics "Nothing in My Heart" seems to be a sweet note to end the album on. I expected it to get darker as if progressed, but that isn't always the case.It's just her voice with a little piano and organ  sprinkled in sounding like a ballad from the pop days of the 50's. At the end of the day however I like where this goes, it's go subtle songwriting that grows on me so I will give it a 9.5.