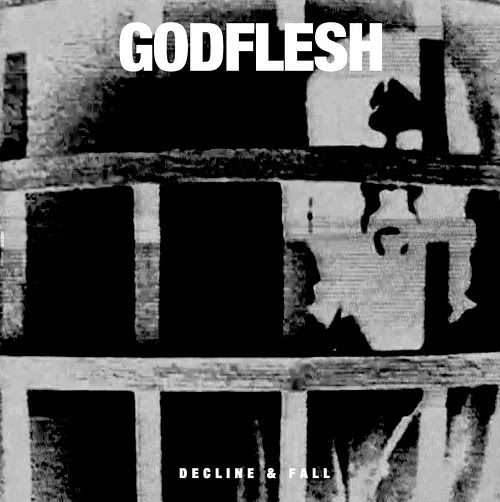 Eps seems like a waste to me. But music is being consumed differently these days and if it is going to be stolen anyways, why not just have it taken four songs at a time I suppose. Sometimes you just have to take it anyway you can get it, this is after all new Godflesh, something I didn't think was ever going to happen. I am not sure why I put off giving this a shot for so long, but here it is.

"Ringer" opens things up on a very metal vibe. Almost like Front Line Assembly in the way the very stiff guitars drone on. Justin's vocals of course retain the feel of Godflesh and have a lazy punk sneer to them, while as dead pan as anything we have heard previous from him, and less emotive than Jesu. I think I expect more experimental elements to be in place , but it does fall in line with the projects body of work. The production is a little dry, though everything gets whole lot cooler in the pound of the final minute.

Most bands never got the industrial metal thing right. They often went to Fear Factory with it and reduced it to mall metal. Pitchshifter is a example of this , or at least how I remember Pitchshifter. The tone drops lower on the mechanical thump and pound of "Dogbite" . but Justin continues to school all the mall metallers and sludge hipsters who tried to jump in on this sort of thing. His vocals go into the throatier bellow, not unlike Ministry or Helmets heavier moments. This does carry the taunt syncopation, Helmet used to, but is more like a sci fi robot in Godzilla sized armor trudges through a post apocalyptic wasteland.
"Play with Fire" allows the bass to gurgle in hyper space , while the guitar bends around the throb of the riff, but also finds a melodic sense to it all . The title track is much more up in your face with the beatdown. The almost hardcore half time drop might seem neanderthal like when you forget after years of Jesu that Justin ever had this much testosterone to contend with. This gets the job done and I can live with this as acceptable Godflesh, I don't however feel it is fair to rate this , though if I had to it would be around a 9 or so, but since it's only four songs it doesn't develop which is the nature of an ep , but for the most part these songs stand up well on their own two metallic feet.
Posted by Wilcifer at 10:08 AM