Goatwhore: "Constricting Rage of the Merciless" 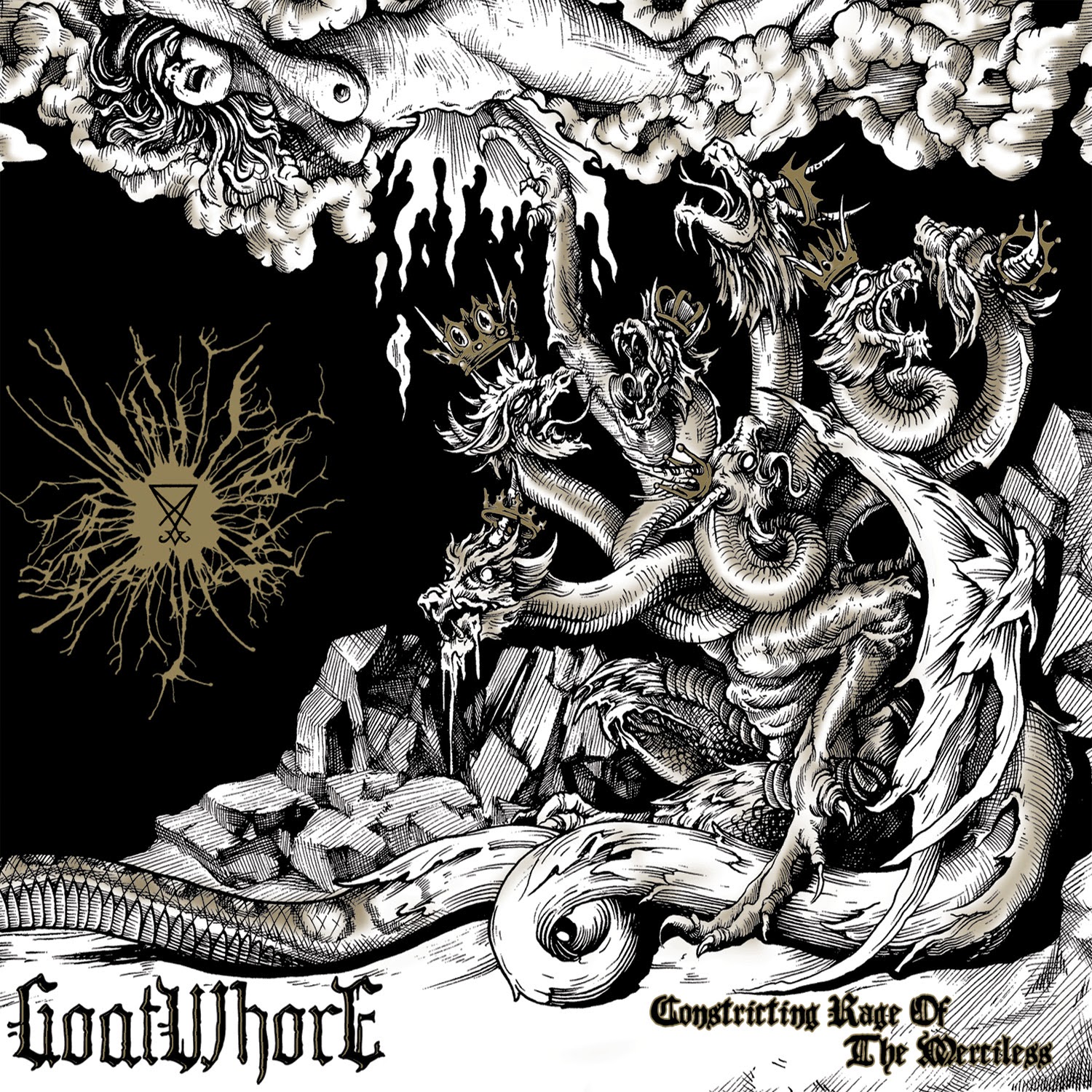 Stripped down to a four piece, the thrash leanings of the last album are being trampled under foot by a more blackened death metal sound. Being a big fan of Acid Bath, I have tried to get into these guys for sometime and own two other albums. So they can be a little on the hit or miss side. The production on this album is more like Skeleton Witch and not as dense as their last one.

The more gurgled Incantation like vocal I like when it belches up from the hell fire of  "Unravelling Paradise". They feel the need for speed, which is handled in a more brutal death metal manner than the groove they hit on " Blood For the Master". This is the same line up that recorded that album. The thrash element does not die off as it rears it's corpse up on "Baring Teeth For  Revolt". This also carries a hint of swampy rock n roll

The brutality commence in a very dense manner when the riff to "Reanimated Sacrifice" cuts through . They don't default into blasty mc nasty, causing this album t o lean more towards the death metal side of the fence. Four songs in and I am wondering what offer tricks that have up their spiked gauntlets and the answer is "Heavens Crumbling Walls of Pity" that pulls out the blasting. The section the guitar solo slides over is pretty  sonic leaving the rest of the song to tremble in the sort of 90's death metal Deicide use to conjure.

The pace changes on the doomy death rattle of "Cold Earth Consumed by Dying Flesh" . The gurgled death vocals return here as the song stalks around itself like a serpent contemplating how it's tail might taste. So fat this is my favorite song on the album. "FBS" carries hints of 80's metal along with a punk like attack. It's a little too straight forward for me.

The mean riff to "Nocturnal Conjuration of the Accursed" is classic metal and the gallop that follows is a lot of fun, This album grows on me as it progresses."Schadenfreude" gets darkly melodic for these guys. The ripping for thrash of "Externalize This Hidden Savagery" lives up to its name.Overall  these guys did a great job of capturing the sound they are going for and it was flawless for the perspective of execution, my only qualm is this kind of thing gets to be one dimensional , but leave it to death metal to beat a dead horse. I will give it an 8 as it excels at what it does, I just don't see myself having the greatest need to return to what it is for second and third helpings, but fans should consider it a masterpiece.