Up From the Underground: AUG- "Be Careful What You Wish For" 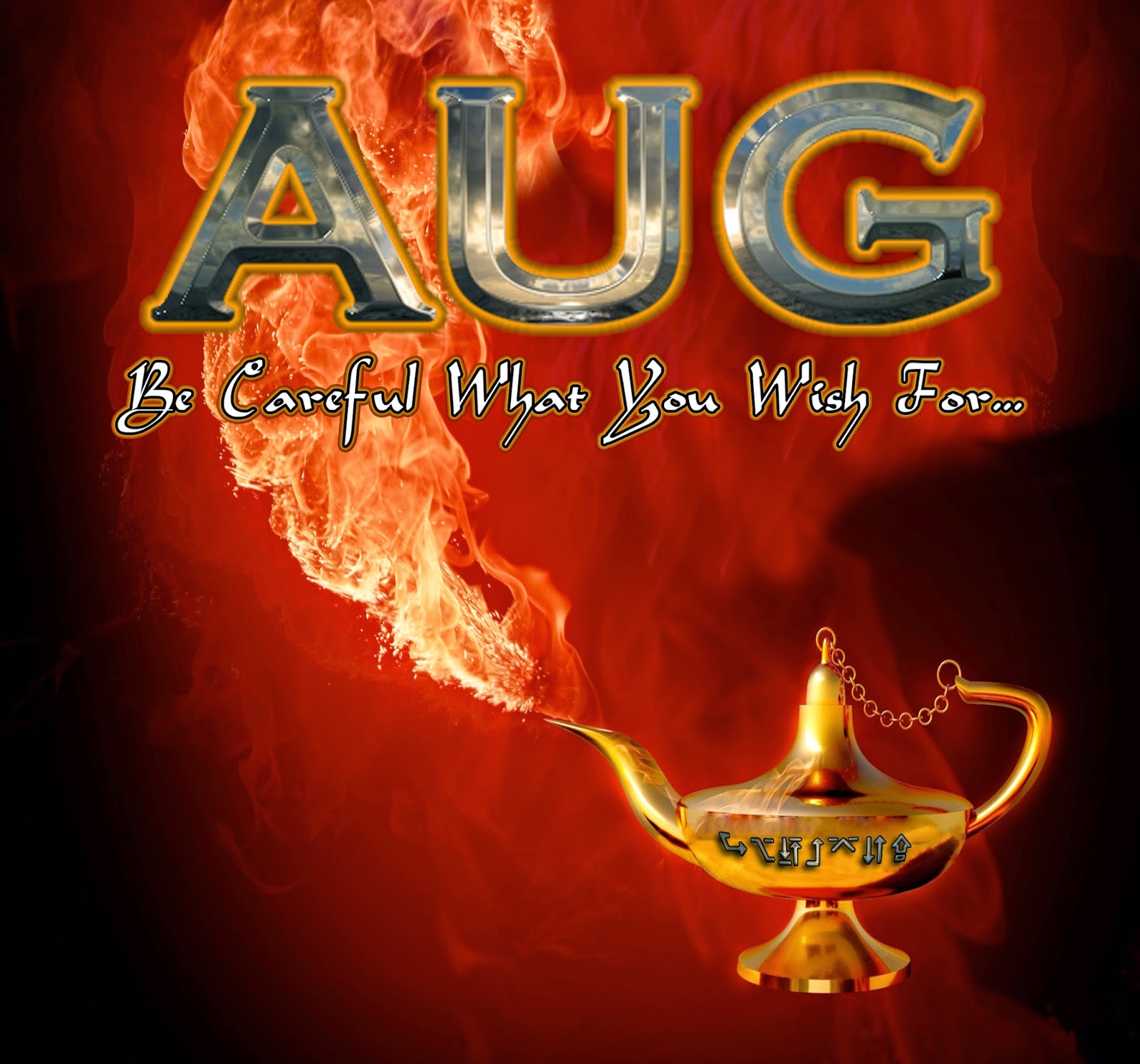 I have often wondered  why every bands draws influence from Black Sabbath, but no one ever tries to emulate solo Ozzy, well the opening riff to "Be Careful What You Wish For " helps rectify this. It carries a similar cadence to the riff to "Bark At the Moon", though the chorus shifts into a more "Ozzmosis" era Ozzy.

"Little Green Fairy" is more of a straight up Bullet Boys take on rock n roll. This could be their attempt to touch upon a Guns n Roses direction, and while the bass line that takes over mid song has some balls to it , the sleaze factor of Axl and the boys isn't there. The Sabbath train is jumped on in the "Fairies Wear Boots" like chug of "Devils Rejects." There is no denying that these guys are great musicians with the bass player and drummer taking the lead in this regard. The guitarist is no slouch , but this sort of thing demands a guitar hero in the vein of Randy Rhodes or Zakk Wylde.

This style of hair metal was the lynch pin of 80's rock, the production is slicker than the reverb heavy boom that Ratt albums had and allows for a denser guitar sound and heavy compression giving a fuller sound. Speaking of Ratt the intro riff to "Light of Day" reminds me of Ratt despite the drummer attempting his best Iron Maiden gallop.The harmonies of the chorus are a change of pace from their earlier sound, which I can appreciate, as they have like Steel Panther taken a wide variety of sounds from this era and blended them together, so this is more like Night Ranger or Extreme. The keyboards are really the only Ozzy element on this one.

They latch onto more of a Maiden like attack in the riff to "Coming Home", the vocals don't soar up like Bruce Dickinson,remaining in the more Ozzy like mid range, double tracked and coated in chorus to further capture the sound. The singer does reach higher on "Forever Goodbye" which has more of a Scorpions stomp to it.  The chug to "All I Can Be " carries a more Judas Priest like aggression. This song also features what I consider to be the albums best guitar solo, that propels

The inclusion of "Africa" by Toto seems a unlikely choice of covers by the band, but it manages to work. It's impressive that vocals drop down on the verses, the return to Ozzy on the chorus fits more solidly in his range and makes the song click together for me. I have never listened to much Toto , so was only vaguely familiar with the song to begin with. The extended version of  the albums opener that bookends ends its it with a "Frankenstein" like jam that pops up in the middle of the song.

Compared to what is defined as metal to day this would not  be metal, but hard rock. If you are like me an grew up on this kinda thing , then it will take you back in the best way possible before metal became jaded by grunge and was just about having fun., this makes the often juvenile lyrics more tolerable given the context of the time they invoke. This is recommended for fans of the more arena friendly era of classic metal, as most bands who try to do this get stuck on the  New Wave of British Heavy Metal and never show what was going on in otherside of the pomd as hair got bigger on the Sunset Strip.   .
Posted by Wilcifer at 9:52 AM

Email ThisBlogThis!Share to TwitterShare to FacebookShare to Pinterest
Labels: ", "Be Careful What You Wish For, 80s metal, AUG, classic metal, hair metal, Up From the Underground