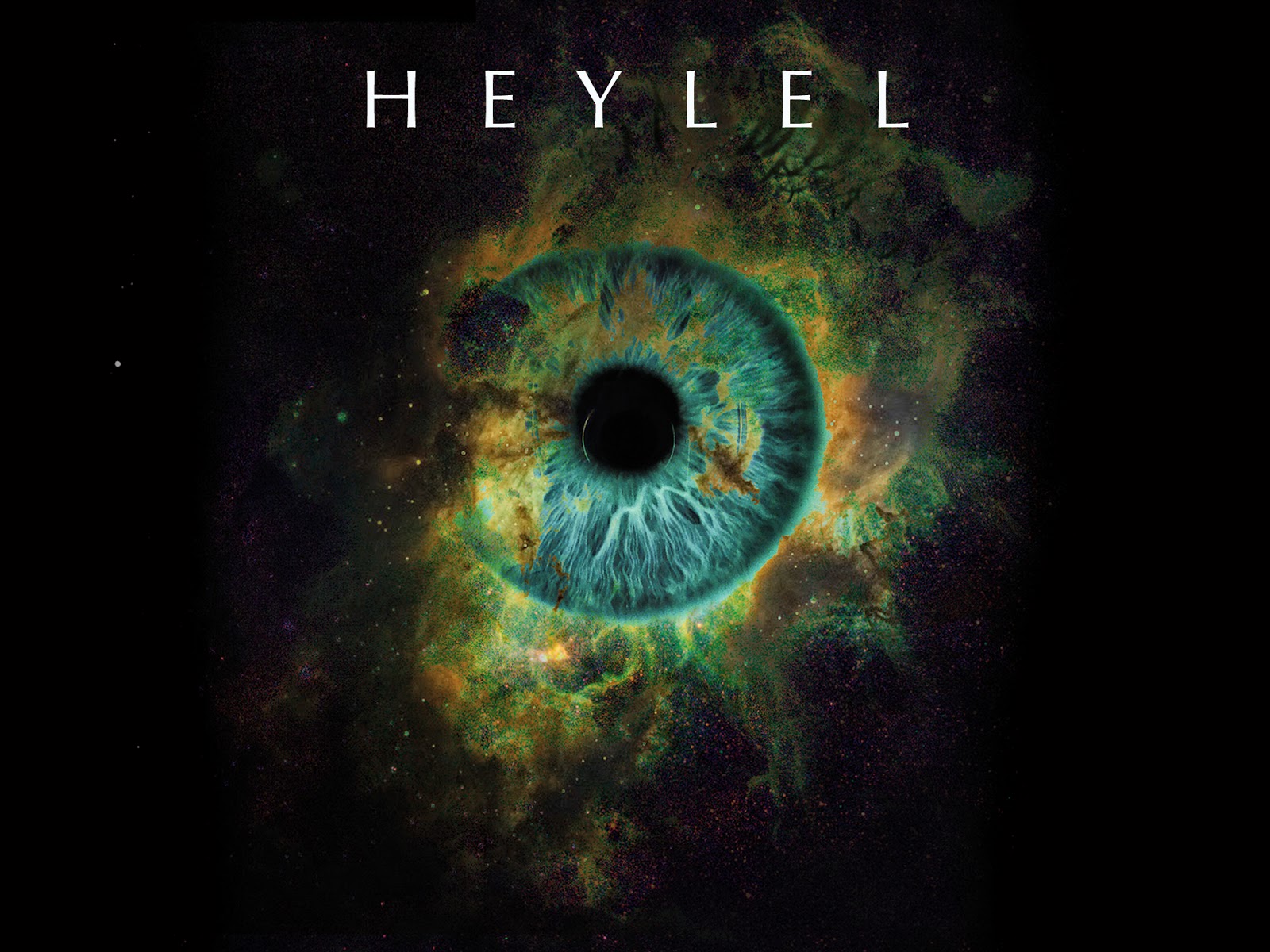 Portugal's Heylel, have crafted an album with more depth than some of the bands they have taken cues from. This is apparent right from  opening notes that drift into your ears with an almost Pink Floyd like ambiance the  super clear tone that David Gilmore used on the bands' latter material, think "Division Bell" more than the Wall"

The second song  leans into a much more Nightwish like arena of prog metal , though I tend to think of this sort of thing as symphonic power metal. There is no shortage of melodramatics and theatrics. The vocals come across crystal clear, the synth sounds are sometimes thinner than I would like, but I get the idea.Sure the Gathering is a reference point, in the way there is some distance given to the chug and the empty spaces help create the melancholy.

The riffage sticks much closer to arena radio metal than the heavier sound Nightwish uses, Lacuna Coil comes to mind in this regard. I think they are darker and have a more sonic and gothic sound than Lacuna Coil. "Alter Ego" finds more soul being infused in the vocals , some of the intervals that creep in bring back the memories of the Pink Floydisms in the intro, though this time it is more "Wall" . It is in these moments where the band steps out from behind their influences and claims their own identity. 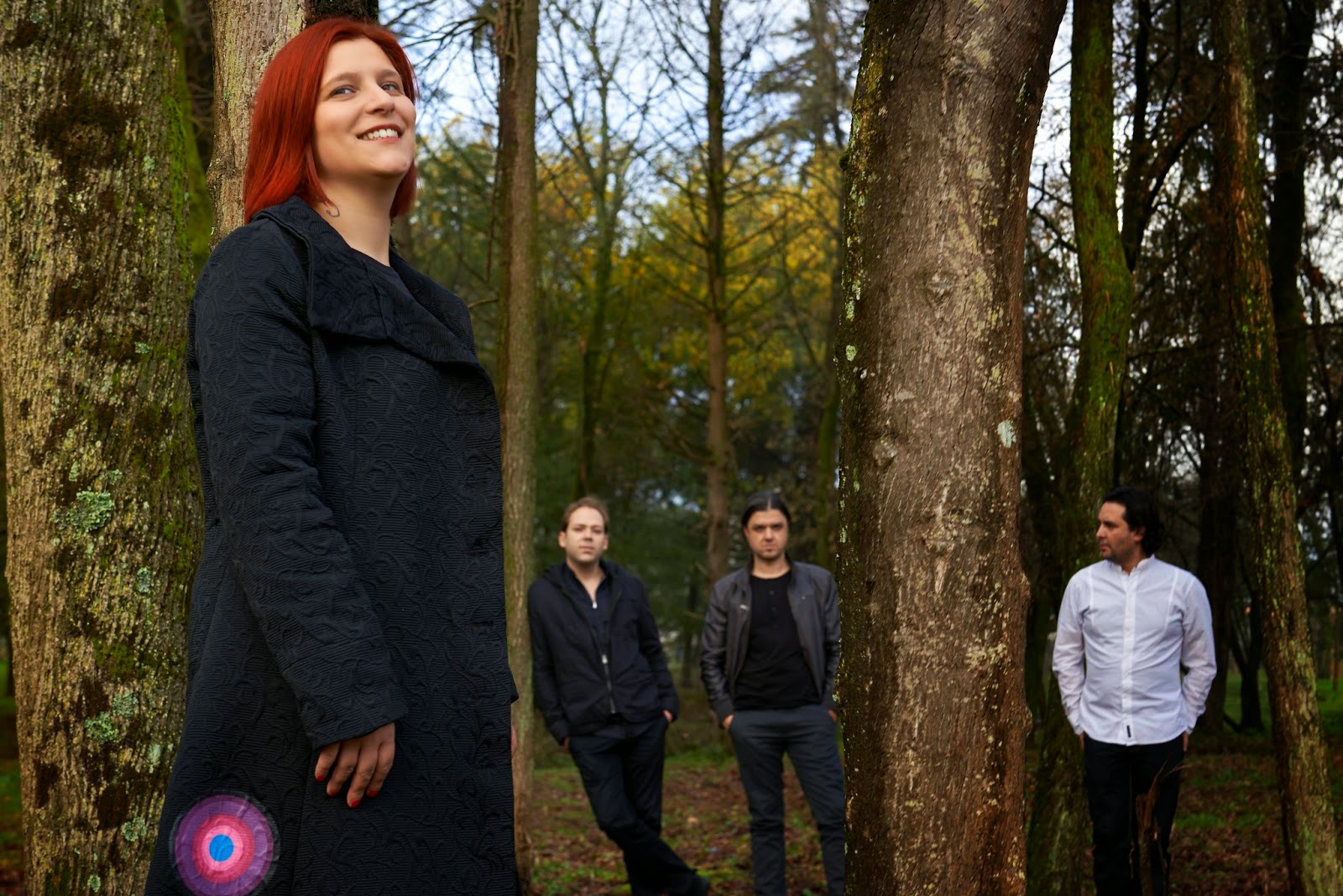 Sparse whispered male vocals haunt the periphery of the songs. They work best on "Deeper", which finds the female lead once again wowing you with the more emotive approach to her melodies. The lyrics however don't hold as much weight as her voice , but the harmonies that come in distract you from that fact. The build towards the end of this song seems like it has been a long time coming, as you find your self in need of more rock moments. This even makes me reluctant to call this a metal band.

The "Scarborough Fair" tinged "Wings of Eternity"  showcases her voice, but feels like it needs more of the band behind it. They do finally join in, this occurs in  manner that is not expected as they sway behind the solo rather than crunching into it. This finds the vocalist taking on more of a pop cadence until the chorus finally surfaces, and here their is almost a folk element.

These guys lack little in ability, some of the production choices might have made this a thicker more metal album if  done differently. Not sure how some of this transitions over live as the bulk is power-balladish. The most prog moment on the album would be the cover of King Crimson's "I Talk To the Wind". This version is more lunge crooned and floats over the back drop of shimmering post-rock like guitar. So the artistic choices they made here are impressive because they don't play it safe with this one. Anyone capable of covering King Crimson, has to get some props for doing so in the first place.

The darker groove to "the Great Abstinence" works well. The songs crawls in-between jazz and metal. The syncopation on the verse the singer uses really feels original and fresh.The band works best the more they think out of the box and leave the safe confines of their influences behind. "Sometimes" finds the singer somewhere in-between and Ani Difranco folk and blues.I guess more recent Pain of Salvation could also be a reference point for the direction these guys are heading in, as it seems they started off as a metal band and are wandering into different territory.

With a title like "Embrace the Darkness" you expect the metal to come out in full force. It does capture a dark ambiance, almost like Dead Can Dance.However this song serves is more intro than metal. More doomy chords ring into the climax , but it never explodes like you suspect it will.

I think finding a balance between the metal and more progressive elements they are embracing is going to be where the ext album takes these guys , but for what this is it was still an entertaining listen.The metal moments might not have paid off as much as they hinted at, but with that out of the way I can now listen to this with a better set of expectations, hopefully this review cleared that up for you as well, though taking a listen for yourself  is going to be the only answer, but over all what they do works way more than it doesn't.
Posted by Wilcifer at 2:23 PM