the Atlas Moth: the Old Believer 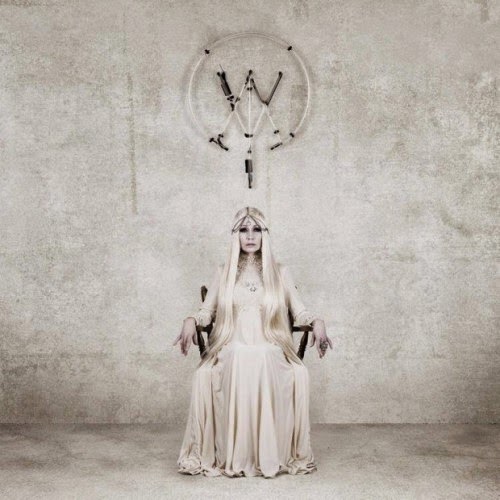 This band brings mixed responses from people as they occupy a middle ground also walked by bands like Isis and Baroness. At this point any sludge elements have been rock n rolled out.  I like the fact these guys are not afraid to experiment and try different things, how ever things re being done a lot different here.

The clean vocals in the background are lower and more mournful. almost making this sound like a different band if not for the angular stabs of guitar that bear a similar distortion. They are heading in a much more melodic direction and I think who have not like them in the past won't find their minds changed as these guys are headed down the road to radio the die-hard metal crowd might shun. They don't launch into the opener with the same aggression they once attacked their songs with.

The lower vocals sound like they should be on a doom metal band's album as they are slightly My Dying Bride.There is a good groove to "The Sea Beyond". but the guitar tone is beginning to sound thinner on this one. Some of the chords even have a more romantic almost goth feel to them. Going back and listener to "Collider" the thinness in the guitars seems to be due to the guitars never crunching down on the same riffs, they noodle in opposing directions making this more angular and dissonance, but loses sonic heft.

Some pretty good screams echo out of "Wynona". I can hear the Myspace metal elements that turn off some. But I appreciate these guys are writing actual songs and not just trying to re-vamp what Morbid Angel did in the 80's. This does sometimes find  time coming across like a darker version of Mastodon, as guitar lines jut out from every corner.

The weird change in the vocals works on "City of Light", but if you played this song for me I would not have guess this was the Atlas Moth. When the harsh vocals come in it creates a greater dynamic. The palm muted chugs are also more on point here. Even on "Halcyon Blvd" it's hard to argue to with the new sound, but it sounds like Killing Joke meets Fields of the Nephillim. So if you are a fan this might be hard to swallow and easier for me as I never had much emotional investment in this band. A wise move on my part as they will sound totally different if they make to another album judging from this.

The doomy sluggishness haunts "Sacred Vine" as it tries to gain momentum. Is this Paradise Lost? I find myself going back to check to see if the file is labelled correctly. I can swear the words, damsel and castle have both come from the singer's mouth. The hipster math rock elements are twinkles in the back ground here.

The title track starts of with the guitar making you think they are going to kick into their old sound, but sooner than later mellotron comes in over the guitar. They do have a little bigger sound on the Mastodon like track that closes the album.

Metal Sucks ran an article asking what happens when you run this album under water. Apparently the cover changes, but I thought it was a joke in regard to how vampires can't cross running water, due to the goth shift they have taken. I also thought it said how do you ruin the Atlas Moth's new album. So the reaction this album gets will interest me.  I'll round it up to a 7.5 , it's not going to make any album of the year lists as it could use some balls to it tonally.