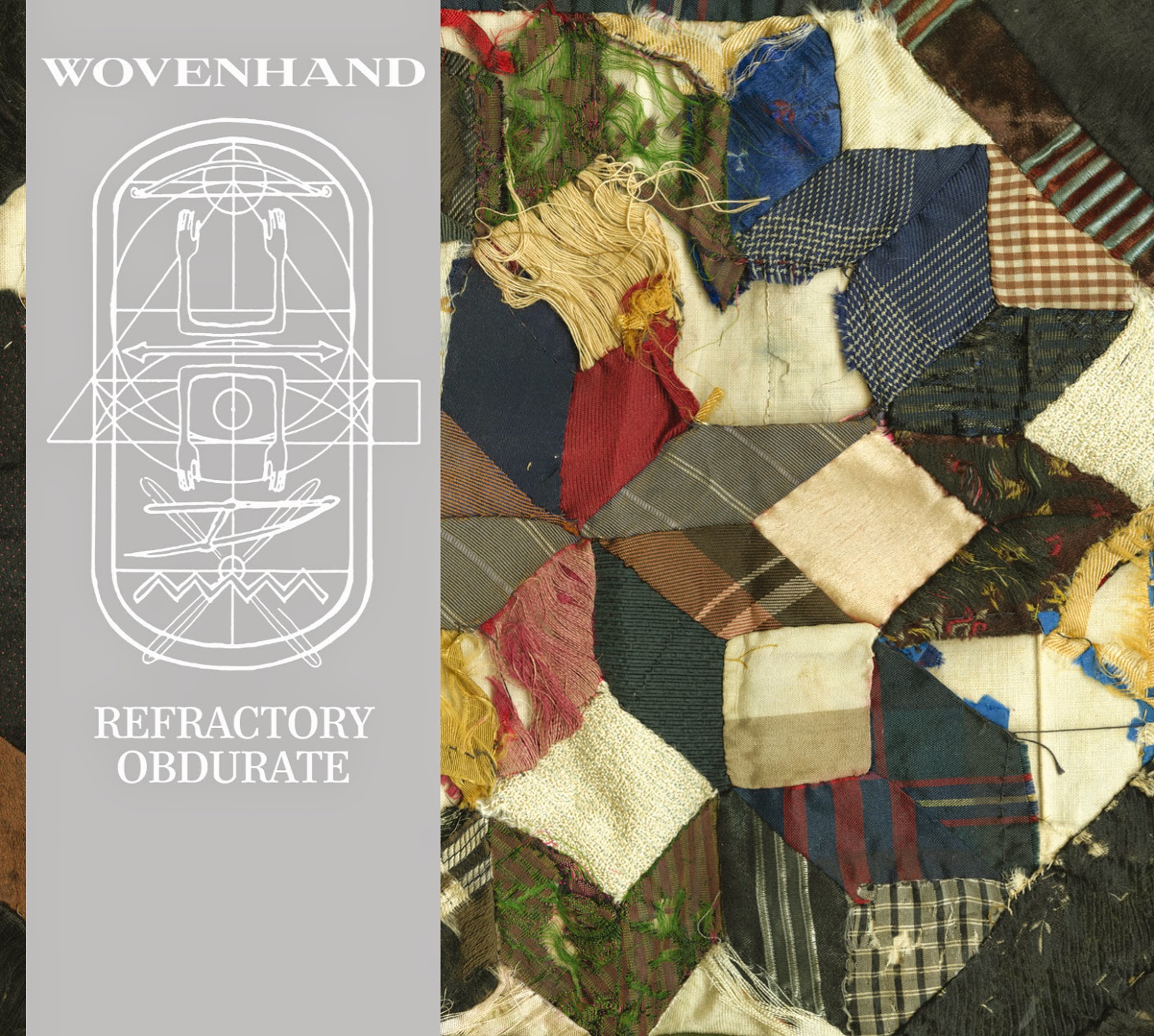 If Wovenhand's albums easier to find in the nooks and crannies ,I leech my music from off the inner webs, I would have them all. So I was delighted to find the leak of their newest album.They open things up with a similar blend of the dark and hypnotic Americana David Eugene Edwards the former front man of  16 Horsepower, (which if you are reading this you are aware of) maintains his smooth baritone even as this album takes him further into more rocking territory.    "Hiss" gets well... pretty metal. It is driving and sonic. More metal than say Swans , but in a similar sonic sphere.

"Masonic Youth" has a pretty straight forward upbeat indie rock feel to it, though its much darker than your typical Coachella fare. It comes across much closer to Nick Cave, than not. The narrative has the same grim authority to it. " the Refractory"  hit the perfect balance of the projects Americana sound and the heavier hard rock direction they seem to be leaning towards on this one. The melodies are ungodly strong, sung with loads of conviction. He has such a unique quality to his voice, telling stories but not forsaking a melodic nature.

The drumming takes a more prominent role in the song wirting on this album, which is why they tend to have more of a rock groove to it. It sounds like the songs were written with Edwards jamming along with a band rather than on an acoustic by himself. The "Good Shepard" chugs along like it's radio rock until the final climax builds

Edwards doesn't stray to far from familiar territory not only sonically but lyrically  on "Salome" which recalls some of "Threshingfloor's " darker moments."King David" keeps with his biblical themes as well. There is a more organic feeling to this as Appalachian sounds coat the edges of the song.This is oddly followed by the fuzzed bass on "Field of Hedron" which I would expect from say Queens of the Stoneage, but seems are more rock device than what Edwards normally delivers, but they are on Deathwish now so maybe a heavier turn was expected by the label.  Not to say it doesn't work well because it does and makes the more rock moments on the album stand out.

"Obdurate Obscura" goes heavily into the mesmerism, as it eaves it's hypnotic drone around his melody that is almost like a chanted mantra. His narrative crawls underneath the dark swirl. "El-bow" is constructed with a similar intention to lull you into it's ritual throb. It is dark enough that it works and the climax makes it worth it as the drums build up in the background . They use a measure of restraint here not exploding like you think they will.

This album is much deserving of a 10 and I can bestow a perfect to it with little reservation. I know there are times where droney bands have scored low, this album shows when and where drone works best and how it can be applied to actual songwriting rather than a device unto it'self. This album has it all for me. If you can't find something on this album you like, then it's time to thin the herd, so go kill yourself.